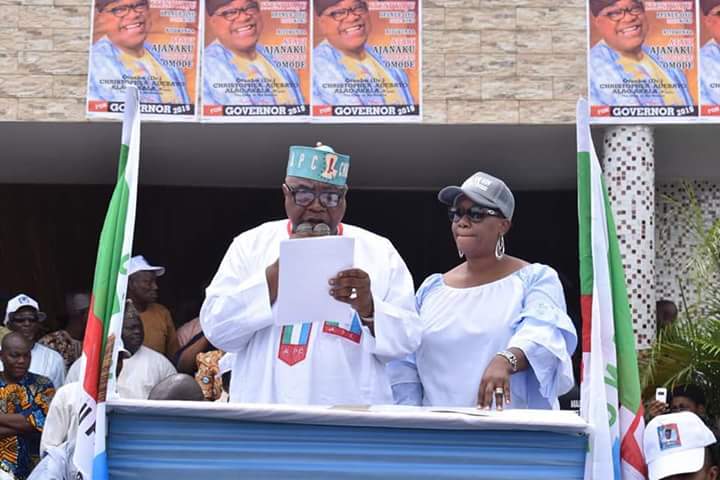 Otunba Alao Akala and Chief Mrs Akala at the declaration

Supporters of former governor of Oyo State, Otunba Alao Akala, have paid for and obtained the expression of interest and nomination forms for the former governor in support of his bid to return to power in the state.

“The ex-governor is prepared for any mode of primary the All Progressives Congress adopts in choosing the 2019 governorship candidate.”

Chief Wale Ohu, one of the group leader told reporters at the National Secretariat of APC that  “Whichever the party settles for is okay by us, but we know that direct primaries is the best for the party because whatever it takes, it gives an average party member the opportunity to have a say in who flies the party’s flag at every level.

” It is common sense that in a democratic system like this, you should have direct primaries because it gives an opportunity to almost everybody. I think it is the best option that one can think of. But be that as it may, whatever we agree on in Oyo state, that is what we shall do”.