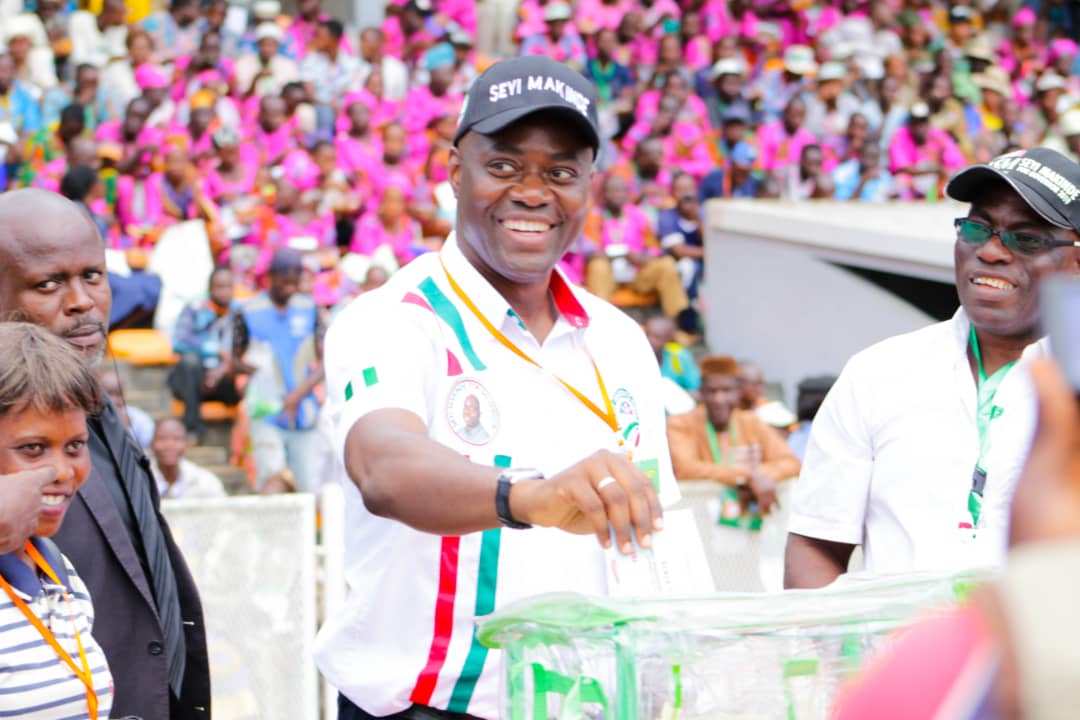 Some members of the People’s Democratic Party PDP in Oyo state are raising eyebrow over the appointment of what they termed as more “outsiders” by the state executive governor Engineer Seyi Makinde  in his government.

It was gathered that some of the appointees were nominated by leaders across the state and no proper consultation was made before their selection.

Although the development was greeted with mixed feelings but majority of the party members are not satisfied and they are accusing their leaders of insincerity.

Part of their grouse was that majority of the appointee in the cabinet and other aides have no solid political weight in their respective local governments.

With the development, they want Seyi  Makinde to consider qualified party members, especially grassroots mobilizers  in subsequent  appointments especially  into the  local governments  and caution him against imposition of another set of “ Foreigners” all in the name of appointing technocrats into the government

A party leaders who pleaded anonymity in a chat with our reporter said “ Though  Makinde has started well, his achievements in the past hundred days are pointer to the fact that he  meant well for the state and would achieve  greatly but he should not  relegate the party people to the background “

”We have a lot of qualified people as our members, they should be considered for better  position in the government  and I am appealing to him to learn from the mistakes of his predecessor, especially Ajimobi of the APC, how he destroyed the party and loss his senatorial bid and plan to install a successor.

” Leaders from other party that sacrifices their ambition for Makinde’s electoral victory are complaining  too, they are regretting already and  they are just waiting for the appropiate  time to speak and act

“If some of the issues raised by party members are not consider and resolved,some of our people may be forced to leave the party

But the party’s spokesperson   Engr. Akeem Olatunji said  there is nothing like “ Outsiders” in the party, everybody  contributed in one way or the other to the success of the party and Engineer Makinde’s electoral victory, they may not all be on the campaign train but they have their own contributions.

For instance  Professor Sangodoyin who was appointed as the state commissioner for Education, Science and Technology  coordinated Oyo state  Indigene in  the diaspora for PDP and Seyi Makinde during the election, the mobilize support for the governor , our people should understand that everybody is important in the system but not all will be appointed

“The appointments were base on merit , and the reasons was  not farfetched  from the fact that the APC left  the state in a very bad situation, we need technocrats and quality people to man it and change the situation and from all indications you can see that Engineer Makinde’s administration is taking an impressive decision that has been effectively changing the situation in the state.

On the issue of local Government, Olatunji maintained that Makinde will only appoint credible and responsible people at the helms of affairs at the council,  , local government administration is the closest to the people  we are not going to compromise on standard and credibility of those that will govern those council

” Engineer Seyi Makinde is doing well and we are proud of him, we are OK with the situation and we are not regretting the mandate we gave him ,he  has helped in rebranding our party, we are silencing the APC  with performance  and PDP in Oyo state  is  a  signpost to the PDP that will take over from president Muhammadu Buhari  and APC in 2023. He said

“If the party is performing it will boost our  easy ride in 2023  our people should be patient most of them will enjoy, once the council is in place , majority will be involved and everything will be fine .He added