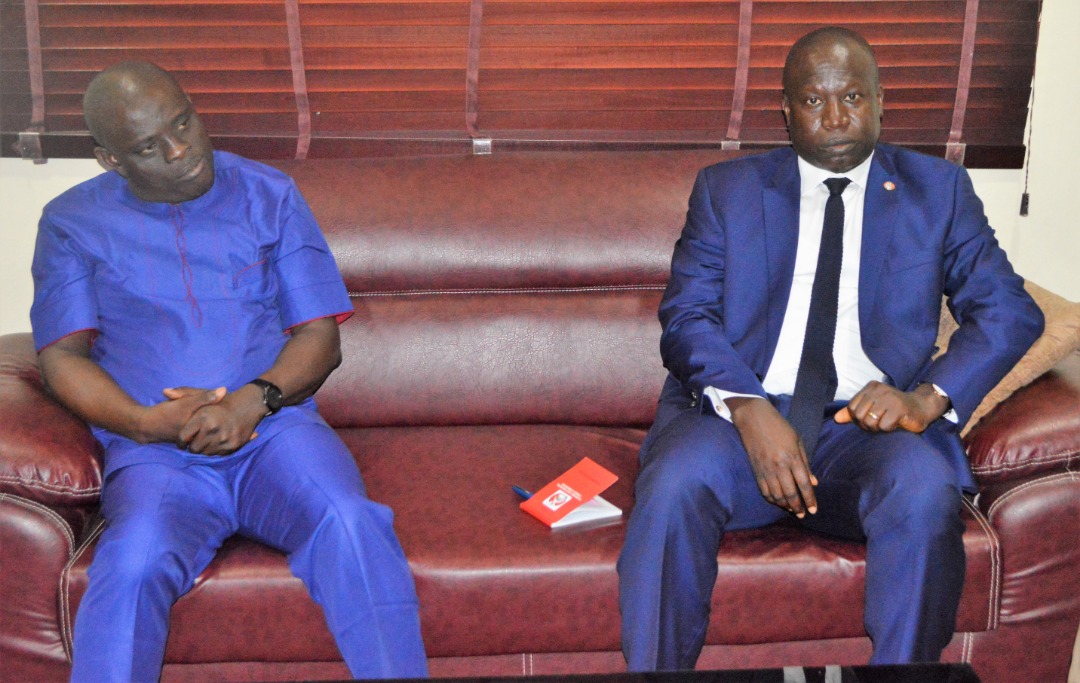 .The Independent National Electoral Commission (INEC) has attributed the level of credibility recorded in the 2019 general elections to the involvement of the Economic and Financial Crimes Commission (EFCC) in monitoring the elections across the country to prevent compromises through vote buying and vote selling.

The election management body’s Resident Electoral Commissioner (REC) in Oyo State, Mutiu Agboke, made the remark in Ibadan on Monday, September 9, 2019 during a thank-you visit to the Ibadan zonal office of the EFCC.

“Your intervention in the 2019 elections is not something that can be wished away. In fact, it gave credibility to the conduct of the elections. I was monitoring the analysis of the elections on the radio one day when somebody said he saw for the first time EFCC men around Oluyole area and Ibarapa axis.

“The point I am making here is that even while you were waging the war against vote buying on one hand, we were still able to see in you an agency of government trying to checkmate vote compromises in other forms. That actually made the elections to be acceptable.

“Apart from playing laudable roles during the buildup to the elections, throughout the exercise you were there. Your own computation during the collation was even more superb than what we were doing with the excel. I discovered that each time we were showing the results, you were the one telling me the margin between all of those figures. It is a commitment. It is not just because you are doing an official duty. It is a support. We thank you very sincerely. We thank all your personnel,” he said.

Agboke also specially thanked the acting Chairman of the Commission, Ibrahim Magu, for agreeing to work with the electoral body to help discharge its duties to the satisfaction of most Nigerians.

“The mandate given us was that we should collaborate and interface with all the agencies of government to deliver acceptable elections.

“I know at the national level your chairman too was also interfacing with my chairman (Prof. Mahmud Yakubu) and that was what was responsible for the successes we recorded,” Agboke noted.

While informing that the INEC has started preparing for the 2023 elections, the Oyo REC also informed that more than 700,000 Permanent Voters Cards (PVCs) belonging to prospective voters in the state are yet to be collected.

“The commission is gong to start the process of Continuous Voters Registration (CVR) very soon. Those who were unable to register will register. Those whose cards are still in our custody will be able to come and collect their PVCs. As I speak, we have over 700,000 PVCs uncollected,” he informed.

In his welcome address presented on behalf of the EFCC acting Chairman, the Commission’s Ibadan Zonal Head, Friday Ebelo, appreciated staff of the electoral body ‘for putting Nigeria first’ in the discharge of their constitutional duties.
According to him, all public servants should make such commitment their watchword in order to end well in their chosen careers.

“I always tell my people that as the head of an agency of government or leader of a people, you must always remember that you have a name to protect. That should be the motivation for you to stand your ground at all times.

“If you want to be compromised, you can be compromised. But if you can remember that you have a name to protect and you have a tomorrow ahead of you, you will guide against being compromised. That is the kind of commitment I saw in you and your team during the 2019 elections when I was working with you,” Ebelo noted as he told the INEC team that the EFCC’s door is always open to offer any assistance within its powers to help further sanitise the country’s electoral processes.