Home Politics Suspensions in Ekiti House: The imperatives of discipline BY STEPHEN GBADAMOSI
Share on Facebook
Tweet on Twitter
In recent weeks a gale of investigation of some honourable members has
hit the Ekiti State House of Assembly, resulting in the suspension of
two of its members. This is never by design. The House had, for close
to three years, been a cohesive, impregnable entity.
Obviously, the latest development has been a result of perceived
misdeeds by a few. As the election years of 2018 and 2019 draw near,
expression of interests cannot but crop up. But the House is never
aversed to any member’s ambition. After all, the Assembly is populated
by humans. As having been made clear by the leadership of the Assembly
on many occasions, any such ambition, however, ought not to cast
aspersion or odium on the integrity of the hallowed House.
It is noteworthy that the Ekiti State House of Assembly is uniquely
composed by 26 members from the same political party, the Peoples
Democratic Party (PDP). Any move by any member to hobnob with any
opposition party would naturally put others on the defensive. Mutual
suspicion would naturally arise. This happens to be the case with the
issue of Honourable Gboyega Aribisogan, representing Ikole
Constituency 1. He was the first to draw the ire of his colleagues. It
is, however, pertinent to state here that the matter might not have
landed in the public domain. This is because members of the House have
a veritable in-house mechanism through which they resolve any
misunderstanding within their fold.
However, it appeared that every entreaty made to the Ikole-Ekiti-born
legislator never worked. It was disclosed that he was asked to, at
least, show remorse for the offence he was alleged to have committed;
that is, holding meetings with Senator representing Ogun-West in the
National Assembly, Mr Buruji Kashamu, a known anti-PDP element. All
efforts to make a truce were said to have been rebuffed by Chief
Aribisogan. He appeared to have made his mind to dump his colleagues.
This is even more evident in his speedy defection to the opposition
All Progressives Congress (APC), even when his period of suspension
from the House was yet to lapse. He had since been referring to
himself as “Minority Leader of the Ekiti State House of Assembly.”
There are strong indications that the rank of the extremely cohesive
House was under attack of infiltration. But the House leadership would
have none of that. Hence, the decision to rise up, wield the big
stick, invoke its legal machineries needed to address such development
and protect the sanctity of the fifth Assembly.
As if that was not enough, another issue reared its ugly head. Two
members were investigated for financial impropriety and disrespect to
the authority of the House Speaker by a special committee of the
House. In the spirit of camaraderie, they were asked to tender
unreserved apology. While one retraced his steps and showed remorse,
the other appeared hell-bent on maintaining his stand. This resulted
in the suspension slammed on Honourable Fajana Ojo-Ade on Wednesday,
August 30.
Till date, both legislators are still considered as colleagues and
allies of the remaining 24 legislators. But according to the chairman
of the House Committee on Information, Dr Samuel Omotoso, discipline
among members of the House remains a sine qua non issue. This, he
maintained, was to protect the integrity of the institution, a
creation of law, and give it a good image in the presence of
posterity. This is the unanimous stand of the entire members of the
House of Assembly.
According to the Speaker of the House, Right Honourable (Pastor) Kola
Oluwawole, “any society, gathering, association or institution where
there are no laws or rules of engagement is bound to crumble like a
pack of badly arranged cards. We are all humans. Anybody can err, but
there must be due process, punitive and corrective measures.”
The Speaker opined that the mutual love, loyalty and sense of purpose
that had existed within the House members were the most important
needs for them to serve the people of their various constituencies as
expected. He added that the remaining members had not wished and still
don’t wish to establish any kind of enmity with their colleagues, but
that they wanted sanity to prevail; and adherence to the rules of the
legislature be upheld.
In spite of this momentary hitch, however, the Ekiti House is solidly
coherent. There is a unanimous resolve to continue to legislate to
bring dividends of democracy to the doorsteps of every Ekiti citizen.
Besides, the support of members of the Assembly to Governor Peter
Ayodele Fayose has neither waned nor wavered. The expected crucial
roles the members must play in their various constituencies in the
coming elections remain committed to.
Gbadamosi is Special Assistant (Media) to the Speaker of the Ekiti
State House of Assembly.
ALSO READ  LAUTECH Alumni Association, Oyo State Elects New Exco 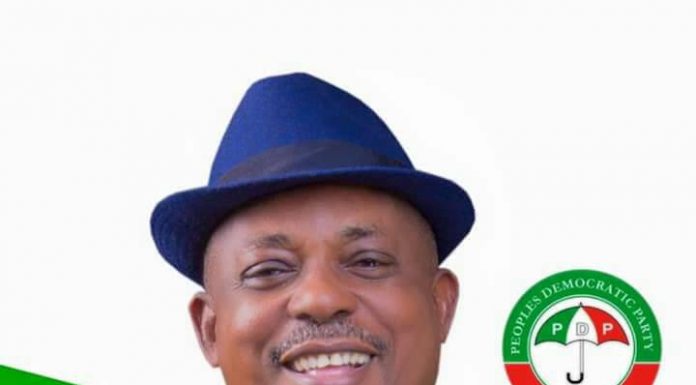 Truck Crushed Opay Rider To Death in Lagos, A Day After He Begins Operation