Prospect For Development of Tourism and Neglected Economic Venture in Igbeti, By Adesina Julius 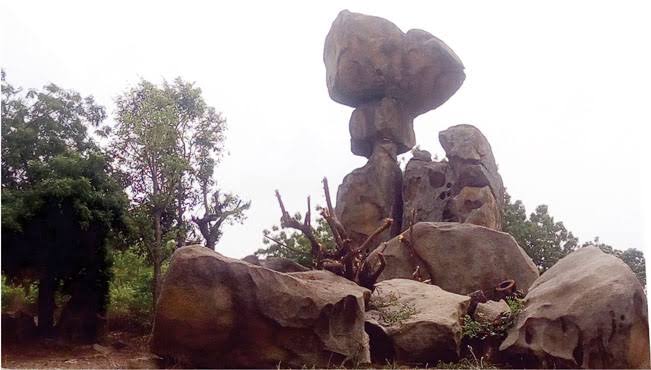 392
SHARES
336
VIEWS
Share on FacebookShare on TwitterShare on WhatsApp

The Name “IGBETI” anywhere in Yoruba Land and in almost all cities and towns is famous and popular not only because of her location or attractiveness and beautiful tropical whether (Harmattan) but due to the embedded physical features. The town is endowed with tourist attraction resources, which are begging for development. A Survey of the various tourist attraction centres in the town shows that some are still untapped for development by thr local government, state government and private sectors.

Tourism which could be best, described as the only smokeless industry in the world deals with the mass movements of people in search of a holiday or business. Looking at tourism from a layman view. Tourism can be defined as an act of travelling, touring from one place to another. Some say it is sightseeing, holiday’s, recreation along with sport activities, hobbies and past times, all these are wise use of time.

Infact, the task of defining tourism is not nearly easy as it may appear, because we have different definition by different people depending on their views.

According to the Word Tourism Organisation (WTO) in 1993. Tourism comprises the activities of person traveling to and staying in place outside their usual environment for not more than one consecutive year for leisure, business and other purposes.

The development of tourism can be credited to Thomas cook “Father of tourism” who conceived the idea of hiring train to transport his fellow members to a temperance meeting in Leicester on 9th June 1841. The flood gate of tourist in Nigeria was opened during the independence of 1969. this was the time when emphasis was on need to reverse thr economy from it’s monolithic structure to a more dynamic diversities state. Agriculture was the major source of income, attempt were made to look outside the sector and this led to the formation of a body known as Nigeria Tourist Association “NTA” in 1962. Now Nigeria Tourism Board “NTB” in 1976.

Igbeti and its environment have places that can be developed to become tourist attraction center. The highlight has show below :-

ALSO READ  Sheik Bulala is Not One of Us in Ogbomoso, Says Chief Imam

Aromatic hill granite with woman feature carrying a child at the back and load on the head.

These identified tourism potential in Igbeti are important centers that are waiting to be developed. The potential of these tourist centers are very great but no concrete effort has been made by the government to develop them to international standard that could attract visitors.

Chris teller (1994) has posited out that tourism is a very important free market agents of the special redistribution of wealth. The main impact which Tourism can have on the economics systems of destination, which attract great members of visitors, are ;

Kudos to thr former Honourable Representing Irepo, Olorunsogo and Orelope Federal constituency, Hon. Bosun’ Oladele for his effort in developing and projecting some of these tourist centers through the tourism program awareness he initiated and the proposed bill of establishing college of tourism he sponsored at the level of National Assembly Abuja… I urge the present Honourable Representing the good people of Orelope, Irepo and Olorunsogo, Hon. Olumide Ojerinde (MFR) to see the need to work on projecting and promoting this Tourist and also as government tends to be a continuum actions he should put everything in place to see that the bill initiated by his predecessor to established Federal College of Tourism and Wildlife Studies at Irepo/Olorunsogo/Orelope Federal Constituency which has undergone the second reading at the Federal House of Representatives, Abuja as at year 2018 to see the light of the day….

And also the Oyo state Chairman on Minerals Resources in person on Hon. John Oni should also use his discretion as the chairman on minerals resources to developed and rehabilitate the Igbeti Marble site and get Igbeti marble working again as the marble is rated to be one of the purest marble in Nigeria…

As a realist fellow i will like to suggest recommendations and way forward for the development of our tourist centers in Igbeti..

In conclusion if the identified centres are developed surely the locality will witness economic, social, physical and financial progress and Igbeti Town will be one of the richest tourist center in Oyo State and Nigeria as a whole. If these centers are developed to standard, it will not only attract visitors but investors, in return, foreign currency would flow to the town and nation.

From the archaic FISA Harmattan Focus.