The first step of solving any problem in the world is recognising there’s a problem before putting in place the mechanism that will address the challenges.

In human societies, groups that work together are usually more successful than stand-alone individuals. Constructive criticism vis a vis working in synergy between individual and political office holder is part of the element that drives developmental project or growth in any community. To experience tremendous growth, there must be a synergy and harmonious relationship between the electorate and the elective officers.

For those who have close working relationship with BAF, you will realise one of his key strength is the ability to connect with his people with fear of God in equity and justice. The task he set before himself in this 9th assembly is making sure Oyo-Iseyin road is fix, approval for federal university of agriculture and more ICT centers in addition to the existing centers which currently stands at 24 Knowledge ICT centers inside various secondary school in Oyo north and 4 civic centre in 4 federal constituency Iseyin, Ogbomoso, Saki and Igbeti.

On the trending issue concerning the federal polythectinc rumoured to have been approved for Ayede, Ogbomosho in Oyo central senatorial district, a lot of opinions and counter opinions have been thrown up by various groups and individuals attacking the person of Senator Fatai Buhari of having hands in the approval of the school been a serving senator at the moment from Ogbomosho extraction.

It’s within our right in Oke-Ogun area of the state to challenge the creation of a federal polytechnic in Ayede considering the cluster of schools around Oyo central. However, we shouldnt loose sight on the fact that in 2011 when the 1st and 2nd reading of the school scalled through senate, Fattah Buhari wasn’t a senator, Infact there was a publication in newspaper to that effect.

Having said that, my understanding of the process that leads to higher institution approval by federal goverment after senate 1st and 2nd reading is the final approval by federal executive council and I’m sure as we speak, no pronouncement has been made to this effect by FEC and instead of pitching communities against each others, maligning Senator Fattah Buhari with the false alarm that’s completely misleading, I will suggest Iseyin should raise a high powered delegate to presidency to establishing a case for Oke Ogun why we deserve it more than every other zone in Oyo state before final pronouncement.

Among those whom have represented Oyo north in national assembly are:

It’s on record that Oke-Ogun have a museum but your guess is as good as mine on where the location is. It’s on record that the road from Ipapo to Ago-are was recently certified to have been completely renovated by FERMA but a trip to the road will tell you its current state. To atrack development in this 21st century, our loby with power brokers and captain of industry should be beyond local level which is currently at play.

Outside all the media stunts, I will like to ask what steps has any individual or group even the highest decission making organ in the entire Oke-Ogun embark on in making sure we “collectively” right the wrong of this high level injustice due to our past misrepresentation when it’s obvious it was never late to correct this glaring injustice against Oke Ogun.

Before us is a challenge and how to solve it should be our next priority. We should galvanise our collective strength and shun pull him down syndrome by whatever means necessary. Present and past senators, DGs, commissioners, Rep, SSA, HOA memebers, Captains of industry and our frontline SANs should all join hands and by now, I expect the community to have call a stakeholder meeting outside political colouration in addressing this issue and hopefully, the entire Oke Ogun most importantly Iseyin will have the last laugh. 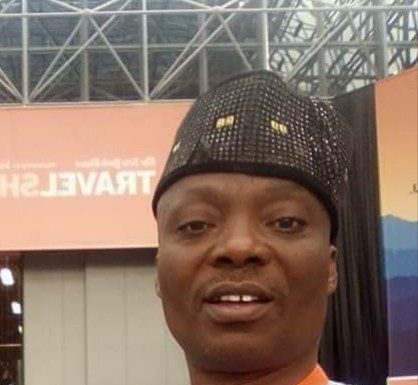 Arisekola: “A half of Ibadan mistaken for a single person” ...

Your Ancestors Never Prayed, They Were Brave and They Fought. BY...