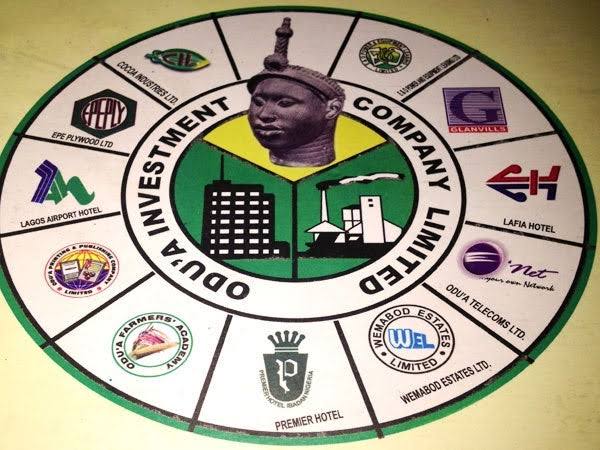 28
SHARES
346
VIEWS
Share on FacebookShare on TwitterShare on WhatsApp

An Ado-Ekiti based lawyer, Femi Familusi has written an open letter to Ondo State Governor and the Chairman of South West Governors’ Forum, Rotimi Akeredolu to immediately reverse the appointment of Adewale Raji as the Sole Administrator of Odua Investment Company Limited.

Familusi who is an attorney to Olatunji Waleola Eniola described the appointment of Adewale Raji as the Sole Administrator of Odua conglomerate as a flagrant disobedience to the extant law.

Familusi stated in the open letter that the tenure of Adewale Raji had since expired as the Group Managing Director of the conglomerate and it was not renewed by the Board of the company at the time of being saddled with the responsibilities of Sole Administrator.

“The appointment and tenure of office of Mr Adewale Raji as Group Managing Director of Odua Investment Company Limited had expired since without renewal by the Board”.

Beside, the letter stated that Odua has become engulfed in a chain of crises since 2014 due to the glaring underperformance of the GMD, Mr Adewale Raji who has been having running battles with all the chairmen and top staff that he had worked with.

Also glaring are the failed projects and growth of the company which has become regretably stunted in the last six years. It added that the deficiencies of Raji are being covered by a reputable consultant that has been taking advantage of his incompetence to make money at the expense of the company. It was therefore advised that the only solution to save the conglomerate from inevitable extinction is to ease Raji out of the place once and for all.

Meanwhile, the letter also stated that failure to immediately reverse the appointment of Adewale Raji as a Sole Administrator and to also immediately appoint members of the Board of Odua Investment Company in line with provision of extant statute may amount to an invitation to legally send the company to extinction.

The open letter that was dated April 22, 2020 also read, “To appoint same person as Sole Administrator cannot be said have properly emanated from a very revered forum whose chairman is a very senior member of the Bar and a learned silk, bearing in mind the legal consequences of taking actions over matter that is subjudice”.

More so, the effort to hand over the management of Odua conglomerate to Adewale Raji as Sole Administrator was described in the letter as an attempt to wittingly confer a fait accompli on the court.

However, the status of South West governors as the owners of Odua Investment Company Limited was acknowledged in the letter. The letter also acknowledged that the governors reserve the right to replace or remove their representatives and respective nominees on the Board of Odua conglomerate. But, the letter contended that either of the chairman of the Board who was a representative of Osun State or the Governor of the State of Osun was in the best position to dissolve the Board without prejudice to the position of Governor Akeredolu.

“It is trite that to dissolve the board of a corporate entity can only be validly carried out within the ambit of the law and extant statute. Especially the provision of section 246 (1) of Companies & Allied Matters Act”, it concluded.