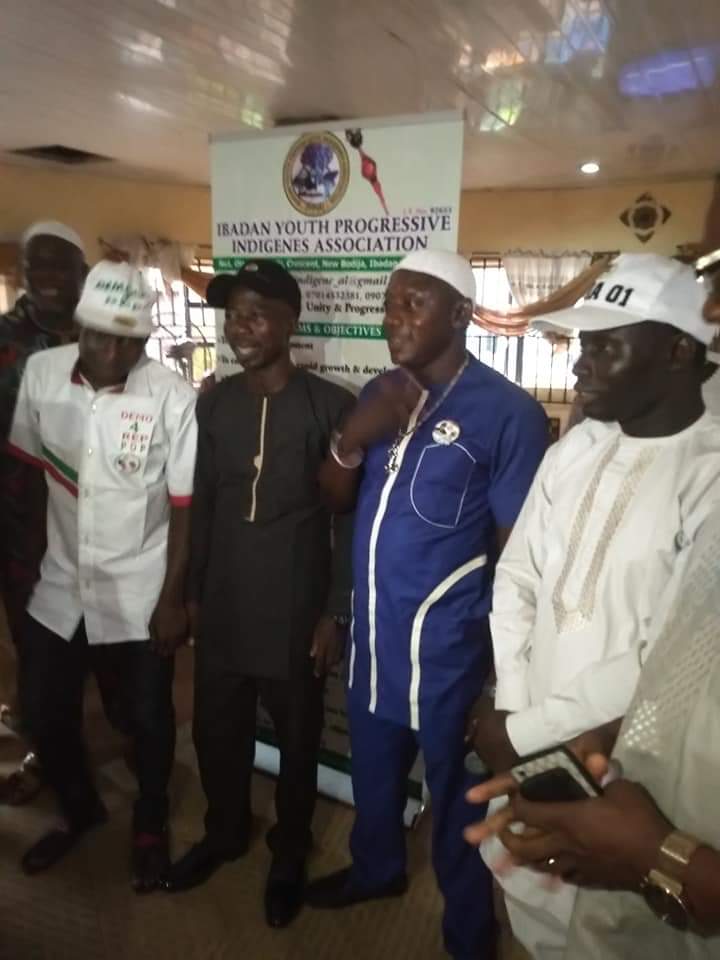 71
SHARES
332
VIEWS
Share on FacebookShare on TwitterShare on WhatsApp 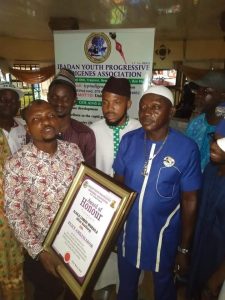 The group led by Sen Qamardeen Mudashiru Confers noted that the Peaceful role he played during the last General Elections prompted the association to confer Peace Ambassador on him.

Auxiliary a former chairman of National Union of Road Transport Workers Union NURTW is a strong supporter Eng. Seyi Makinde, the governor-elect and he is expected to be the leader of the union.

In his remarks,Alhaji Mukaila Lamidi aka Auxilliary thanked the Youth Association for honouring him with an award, adding that the association should continue to preach peace within and around the state