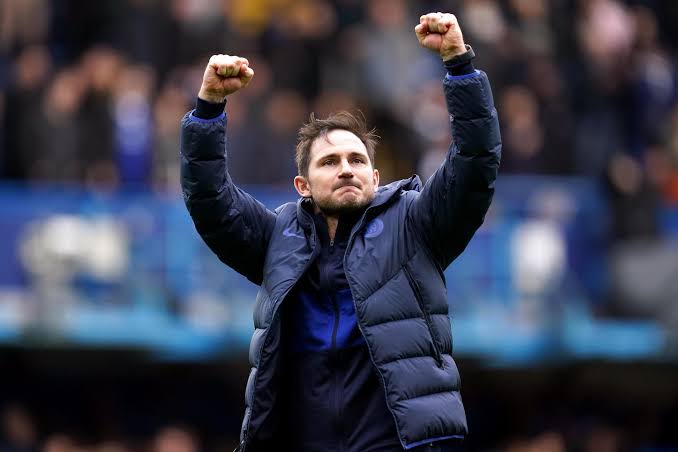 183
SHARES
6k
VIEWS
Share on FacebookShare on TwitterShare on WhatsApp

Frank Lampard has said he has never been uncertain over Christian Pulisic’s ability to succeed in the Premier League and praised the willingness of American players to adapt to European conditions.

Reports from ESPN opens that FC Salzburg boss Jesse Marsch had said he had a conversation with Lampard after Chelsea faced the Bundesliga side in July 2019 where Lampard suggested Pulisic “had a lot to learn” following his £58 million arrival from Borussia Dortmund.

Pulisic went on to register nine goals and four assists from 25 Premier League starts in his debut campaign, arguably becoming the club’s most important player after football restarted in June following lockdown, before scoring and pulling his hamstring in Chelsea’s FA Cup final defeat to Arsenal.

Lampard said this at a news conference “I did read the comments, I was surprised that Jesse had managed to read my mind as well as he thought he did. He’s recounted the conversation wrong, I have to put it correct because it was the game against Salzburg were played and Christian scored two goals in preseason.

“Fair enough, Jesse came up to me and said what a talented player Christian was which I knew and I agreed with. I spoke about the fact it was so exciting to see how he could develop for us with the talent he has. That was the conversation. Jesse managed to put it across slightly differently.

“Maybe Jesse knows the feeling of American managers and coaches that travel into Europe. But one thing I did have was I played in America for 18 months and I would never underestimate the desire that American soccer players, football players, have to learn, to improve, take on information and understand the technical side of the game.

“So when you have that, which Christian had, and you have incredible talent, it was never in doubt for me. My only thing is I coach in the Premier League and have played here for nearly 20 years so I understand the rigours of it.”

Withal, Lampard said that he feel sorry with Marsch’s accompanying claim that players from the United States face preconceptions they are not as tactically gifted or aware as their European counterparts.

He further added “That brings me onto Christian’s development last year, “It is clearly the toughest league in the world to come and play at a young age from a different league. And it is not just Christian who will have felt that in the early stages.

“Some of the greatest players in Premier League history, whether they came from America or Europe or anywhere in the world, have felt that. What Christian did was find his feet very quickly and have a great first season in the Premier League where he produced goals and assists.

“I thought his performance last season was massively impressive. He will get better and better because he is a young player but I never doubted him in the first place.

“And that’s not me jumping on Jesse because there’s probably a bigger issue there with American players. I don’t want to comment on that, he can field that one himself, but as a manager I never doubted Christian and it is important for me to put that straight actually, more for Christian than anything.”

Meanwhile, Chelsea will travel to Burnley on Saturday after the impressive victory on Tuesday in the Champions League.