The membership of the People’s Democratic Party (PDP) got a boost on weekend as hundreds of members of All Progressives Congress (APC) and Zenith Labour Party (ZLP) defected to the Party in Itesiwaju/ iwajowa/ Kajola/ Iseyin federal constituency of Oyo state.

The defectors who were led by a renowned grassroots politician, Chief Basiru Ahmed Aranse described their defections as home coming.

While receiving the defectors at a ceremony held at Silva Palace Hotel at the Headquarters of Iseyin/Iwajowa/Kajola/Itesiwaju federal constituency, Hon Ayansiji, who spoke on behalf of the APC decampees compared their sojourn in APC to that of the Israelites in Egypt as they find it difficult to cope with barrage of deceit being employed by APC of which it goes against the tenets of “Omoluabi”.

Similarly, Alhaji Basiru Ahmed Aranse and Hon Banimore on behalf of the defectors call for Governor Seyi Makinde’s special attention to the neglect of Oke-Ogun by the immediate past administration of former Governor Abiola Ajimobi.

An elated Oyo State PDP Chairman, Alhaji Kunmi Mustapha, admitted the political sagacity and strong political structure of Alhaji Chief Basiru Ahmed Aranse led APC and ZLP defectors, describing their coming into PDP as the end of APC in the four local governments that makes up the federal constituency.

Mustapha further enjoined the decampees to be of good conduct and join hands with the leadership of PDP at the ward, local and state level in other to give a boost to Governor Seyi Makinde’s drive to make PDP the preferred party by Oyo State citizens 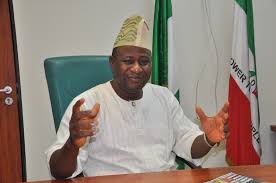 PDP Accuses APC of Abusing Power of Government to Nail...