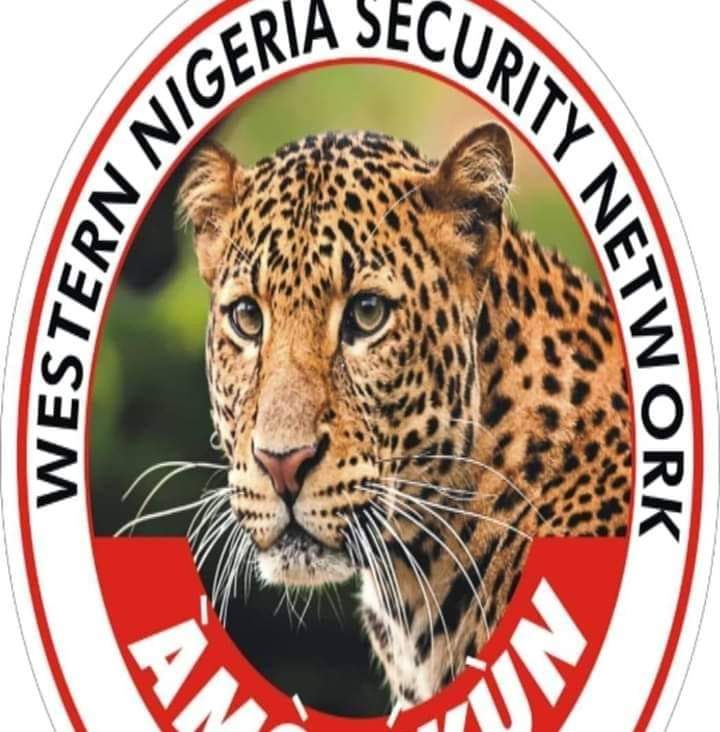 …a leopard shall watch over their cities; everyone that goeth out thence shall be torn in pieces, because their transgressions are many and their backslidings are increased (Jeremiah 5:6)

What can we learn from the differential constructions of Àmòtékùn and how does Àmòtékùn symbolise Nigeria? Just like poverty, insecurity knows no tribe, religion, political party, young or old, male or female, clergy or king. Virtually all professional groups have been victimised: judges, lawyers, doctors, lecturers, teachers and even the police continue to be attacked, disposessed and kidnapped by robbers and forced to cough out millions.

Farming communities also continue to be dislodged by armed bandits and herders, thereby worsening food insecurity and displacing people to Internally Displaced Camps where they are exposed to new exploitation.

When cattle rustlers trouble nomadic communities, the country is further engulfed in anomie and a returned to a state of nature where life is totally uncertain and life chances towards a good life is significantly pruned for compatriots.
Unlike the securitised elite who constitute a hard-to-reach targets, the rest of us are described as soft targets by megaphone Ministers and aides. But when they become victims such as when a governors’ convoy was attacked by suspected kidnappers on our hellish highways, the message sank that there is need to bury party affiliation and religions contours.

The ‘hard targets’ are now harmonising their differences and annexing resources against kidnappers, armed robbers, rustlers and criminal herdsmen based on geographical proximity and inter-twined borders. It was against this unpleasant background that Operation Àmòtékùn was birthed. The Operation seeks to utilise the locals for intelligence gathering and performing complementary policing with the use of traditional mechanism of social control. The thinking is simple: since all crimes are local, local remedies can be effective in preventing and eradicating them.

ALSO READ  Mobile Squadron Base: I am Not Angry With Makinde- Alaafin

Existing security structure is overstretched. With a daily depleting figure of 302,152 personnel, half of which service the political class and the securitized elite, the ability of the Nigeria police to fully combat the enormous challenges of securing lives and properties is daunting. They are poorly funded by the federal government and possess inferior fire power as confessed by the top echelon of the police which makes their men vulnerable to the adequately prepared, motivated, well-fortified and hellishly equipped criminals to fulfil the biblical observed essence: to steal, kill and destroy. State Commissioners of Police are supported with local funds by State Governors who are constitutionally described as the Chief Security Officer.

They buy operational vehicles and equipment and pay allowances to officers on special outfits. Who among the politicians take permission from the constitution to hire thugs that disrupt elections? Who among them informs the IGP of bringing weapons for their private guards?

Unfortunately, Nigeria’s politics thrives on disunity and divisions. This approach to politics was inherited from the colonial power for administrative exploitation of the colonised nations in Nigeria. Post colonial Nigeria is still characterised by government’s efforts to factionalise Unions, groups and associations to their own benefit. That Western Nigerian Governors decided, in conjunction with the informal groups and traditional leaders, to form alliance and secure their domains are certainly uncommon and bound to elicit different subjective interpretations.

In a country where divide and rule reign supreme, Àmòtékùn (Leopard) has attracted symbolisms that project the existential threats of insecurity with illogical narratives of ethnicity, religion, politics, or self determination. These, in my view, are myopic views of the everyday threats which south westerners encounter. Politicians can trade lives of people to actualise their 2023 ambitions and this is why a myopic organisation expects their co-travellers in the western zone to stop Àmòtékùn or lose 2023 presidency. They await the Essau in western region to sell out their people for personal benefits.
The characters who embody the Leopard spots will not change (Jeremiah 13:23)Àmòtékùn is certainly a threat to the business interest of Miyetti Allah cattle breeders association of Nigeria. The association views a complementary security outfit as a ploy to chase them out of region. They need not worry but need to behave in conformity with the norms of the society which they have decided to be part of. Who amongst them dare to challenge the deities in Ekiti which killed deviant cows that climbed the scared Hill? The gods could not be blamed!
For sure, we must not threaten the livelihoods of others to guarantee our own. This is why Àmòtékùn has state backing with clear-cut structures of checks and balances. The Operation is unlike the OPC which was unregulated by a formal structure.

A ‘Leopard’ voiced the Oduduwa republic sentiment. Regional groupings were done with the mind of putting somewhat similar peoples (language, geography) together in each area. The necessity and reasonability of an initiative like Amotekun is already entrenched in governance with federal character principle, allocation of infrastructure among others.

Unlike those who have voiced their self-determination motives, Western Nigeria believes in Nigeria but abhors insecurity of lives and properties of her people. Warriors headed most pre-colonial kingdoms because people wanted peace and order and only the person that can assure this became the king. If the whole is equal to the sum of its part, then the insecurity in a part must be a major concern to the whole and the whole should be happy if a part has found indigenous mechanism to mitigate insecurity. The leopard spot characters misrepresenting the true essence of Àmòtékùn are some of the reasons Nigeria is progressively-retrogressive till date.

One thing has come out clear from the Àmòtékùn discourse: Both Abrahamic religious adherents support it. This is not strange. Landlord associations which have Muslims and Christians mainly as members hire night watchmen (olode) who have charms to protect them. When confronted with matters of life and death, we all realise that there are certain traditional powers which historically have been used to protect kingdoms but which modernisation and the imperialists have described as fetish When fully operational with domestic laws backing its essence, Àmòtékùn will watch over the western cities and utilise traditional means to boost social control in the region. Hunters, vigilante organisations, traditional rulers and others have come under one umbrella to make this work. Care must be taken. Trust is important and the incentives of the Àmòtékùns must not be less than the minimum wage. On one hand, the Àmòtékùn discourse has shown that the secured and the insecure peoples are confronted with different realities and that the opposers are themselves known leopards who cannot change their religious, ethnic, and politics spots that impede progress. On the other, it has shown the strength in togetherness and the unalloyed backing which the governors have received from their people. With Amotekun watches over the western cities, only the transgressors and backsliders shall be torn to pieces while the saints and conformists flourish.

Dr Tade, a sociologist sent this piece from Ibadan via dotad2003@yahoo.com