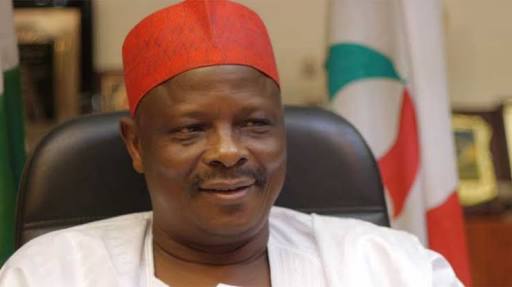 Ahead of the 2019 presidential election, Senator Rabiu Musa Kwankwaso is set to declare his presidential ambition

This is according to the press release made available to the public on Sunday by the Kwankwaso Presidential Campaign Committee.

The statement said that the declaration  will hold at the Eagle Square,Abuja, the nation’s capital,  on Wednesday August 29,2018.

The time of the declaration is 11am.

Sen. Kwankwaso,a two-time Governor of Kano State, will be contesting for the highest political office in the land under the umbrella of the People’s Democratic Party(PDP), a party where he is one of the founding fathers.

Part of his achievements during his tour of duty as Governor of Kano State according to the statement include his pioneering the popular Free School Feeding Programme and the Treasury Single Account(TSA),based on his ‘Kwankwasiyya’ ideology, among others.

Kwankwaso,a serving senator, began his political career  in 1992 when he joined politics after 17 years of meritorious public service as a water engineer.

A grassroots politician, Kwankwaso was a  Member, Federal House of Representatives,representing Madobi Federal Constituency where he was elected Deputy Speaker in the aborted Third Republic.

In 2003, was appointed Minister of Defence and in 2006 also appointed Special Adviser to former  President Olusegun Obasanjo on Darfur and Somalia.

“Dignitaries from all walks of life from across the country and the diaspora are expected to attend the declaration,” the statement added.