Academic Staff Union of Universities (ASUU) has called on the Federal Government to open-up recruitment of academic staff in Public federal institutions in order to safe overworked lecturers’ from untimely death.

ASUU called for comprehensive medical check-up by various institutions to ascertain the health conditions of their staff noting that in the struggle for survival, many lecturers who think they are well may have death threatening health conditions.

ASUU noted disclosed that the health of her members are fast depreciating due to work overload occasioned by the failure of the federal government to employ more academics to cope with the number of students admitted.

He said that while academic staff continue to work in the most dehumanised conditions, the federal government has refused to pay the earned academic allowances from 2011 to date .

In a release on Sunday in Ibadan, the Chairman, UI Chapter of the Union, Dr Deji Omole hinted that Nigeria public Universities are short of not less than 40,000 lecturers.

Omole noted that due to poor working environment, job overload and non—approval of leaves as and when due, the union has lost some of its members to death across the nation in 2018.

Omole while reacting to the death of Professor of Exercise Physiology, Olasupo Abass who died at the University of Ibadan mourned that the late professor never showed any sign any ailment but suspected he might have died untimely of stress-related death.

“Professor Ademola Abass was an outstanding scholar of the university who  was always ready to assist the students and the university system.  The vacuum created by his sudden death will be very difficult to fill by the university”

The ASUU boss noted that due to work-related stress and the bad economic fortunes, lecturers hardly have time to attend to their health creating health complications which ultimately leads to incapacitation and sometimes death.

Dr Omole further noted that the “federal government is not only determined to kill the lecturers with stress but also determined to kill university of ibadan in particular.  This is being done by deliberately refusing to payroll newly recruited lecturers to replace our dead or retired  colleagues even when due processes were followed in the recruitment procedures.” 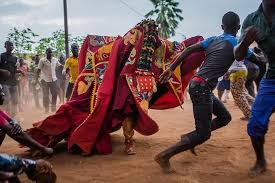 Auxiliary Has Been Rehabilitated, He is Now Refined And Credible Says...