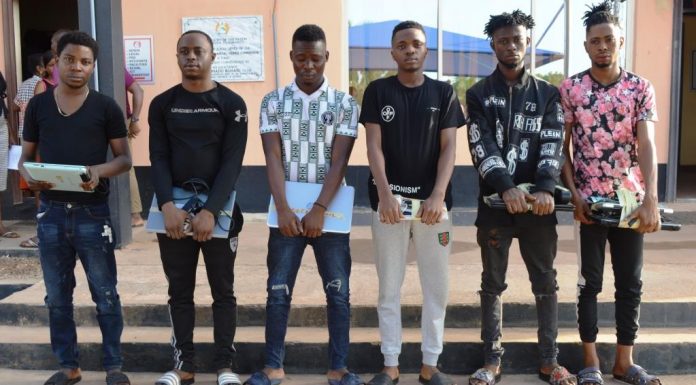 Apparently disgusted by the negative effect the activities of internet fraudsters impose on Nigeria’s image, Justice Joyce Abdulmalik of the Federal High Court, Ibadan Judicial Division, on Monday, May 6, 2019, rejected the terms of plea bargain presented on behalf of Oladimeji Omotola Abiola, an internet fraudster.

Instead of the six months prison term proposed in the plea bargain agreement, the judge sentenced Oladimeji to one year, saying too liberal sentencing would not achieve deterrence which was meant to be the spirit of the law against crimes.

The Economic and Financial Crimes Commission, Ibadan zonal office, arrested Oladimeji alongside his other colleagues at their hideout in Ibadan on February 4 for internet fraud.

He was thereafter arraigned on February 19, 2019 when he pleaded not guilty to a five-count charge of false pretense, possession of fraudulent documents and knowingly sending indecent, offensive and pornographic pictures preferred against him.

At the resume hearing today (Monday), Prosecution Counsel, Shamsuddeen Bashir informed the court of the plea bargain agreement between Oladimeji and the EFCC and urged the court to accept same as he called upon his client to plea to the amended charge presented to the court.

The main thrust of the plea bargain agreement states that Abiola be sentenced to six months imprisonment with effect from the date of his arrest and that the sum of $360 (Three Hundred and Sixty United States of American Dollars) already returned by him during investigations be restituted to the victim through the Federal Government of Nigeria.

He pleaded guilty to the one-count amended charge when read to him.

The presiding judge consequently convicted and sentenced him to one year imprisonment in view of the prevalence of the crime in the society and the way the defendant participated in denting the image of the country. “This is to serve as deterrent to others,” the judge declared.

Yusuf was arraigned on a three-count charge bordering on Cybercrime and impersonation. The offences were contrary to Section 1(3), Section 22(3)(a) of the cybercrimes (Prohibition, Prevention, etc)  Act 2015 and punishable under Section 22(4) of the said Act.

One of the charges reads: “That you Yusuf Babatunde (a.k.a John Ben, Lilian John) sometimes in December, 2018, in Ibadan, Oyo state within the jurisdiction of this Honourable Court with the intent to defraud did possess documents in your Google Account with email lilianjohn0147@gmail.com containing false pretence and thereby committed an offence contrary to sections 6 and 8 (b) of the Advance Fee Fraud and other Fraud Related Offences Act, 2006 and punishable under section 1 (3) of the said Act.

After pleading not guilty to the charges, the EFCC lawyer, Ibe Kute, prayed the court for a trail date and an order to remand the defendant in prison custody.

However, counsel to the accused, Jimoh Mumin Babatunde, presented a bail application on behalf of his client, arguing that the offence was bailable. The application was declined.

Justice Ajoku adjourned the case to June 5 for trail and ordered that the defendant be remanded in the Agodi prison pending the determination of his case. 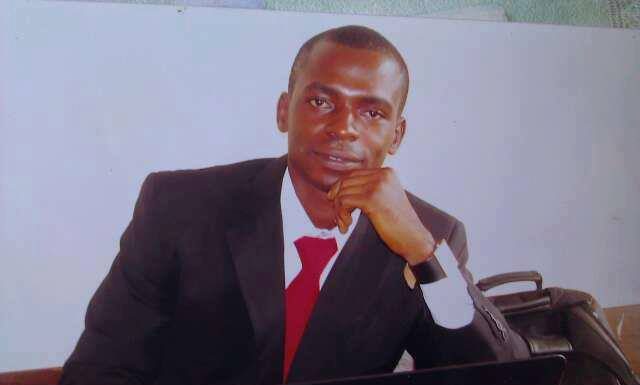 Restructuring Is a Necessity, Not an Option. By Atiku Abubakar

Nigerian University Will be Better With Alumni Support- UI DVC