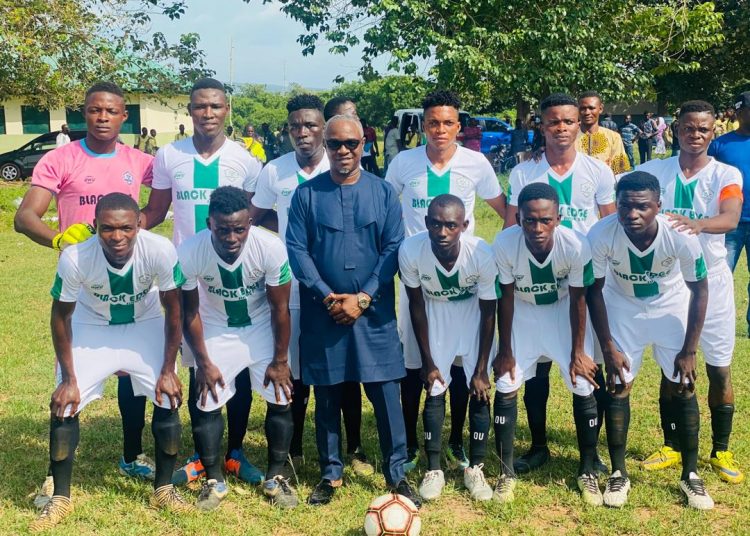 527
SHARES
3.5k
VIEWS
Share on FacebookShare on TwitterShare on WhatsApp

The chairman Ogbomoso United Football Club, Hon Akinwole Akinwale Solomon has express his happiness over the emergence of the team at the final of Olubadan. football competition 2020

Ogbomoso football United defeated MOCDIM FC on a penalty shoot out which ended 5-3.

while commending the players, Wolekanle said ” I am impressed with the performances of the players fo far and i am optimisitic that if the add more energy, they would win the competition.

He added that ” Ogbomoso FC is not just an assemblage of talented players, but guys who have great future carriers in the soccer world.

He promised not to relent in his effort in ensuring that the team is always ready to face any team at bothe local and international competion and friendly.