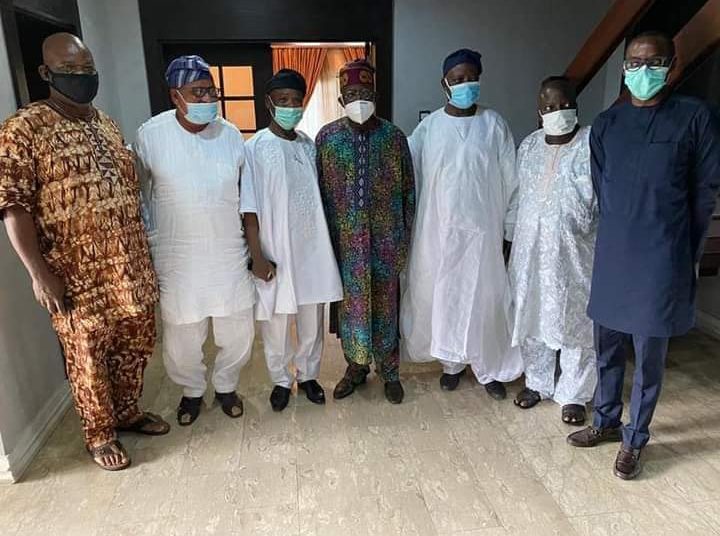 537
SHARES
5.5k
VIEWS
Share on FacebookShare on TwitterShare on WhatsApp

Contrary to the report that High Chief Ladoja and some of his business associates including Commodore Isaac Morakinyo Jolapamo and Mr. Femi Okeowo, visited Asiwaju Bola Ahmed Tinubu  to solarized with Asiwaju Bola Ahmed Tinubu on his 2023 presidential ambition, the former Governor said said he went to condole with the All Progressives Congress APC  leader  over the burning of TVC and The Nation Newspaper by the #ENDSARS protesters.

“Since he was in Lagos, he used that opportunity to commiserate with Tinubu over the burning of TVC and The Nation Newspaper”.