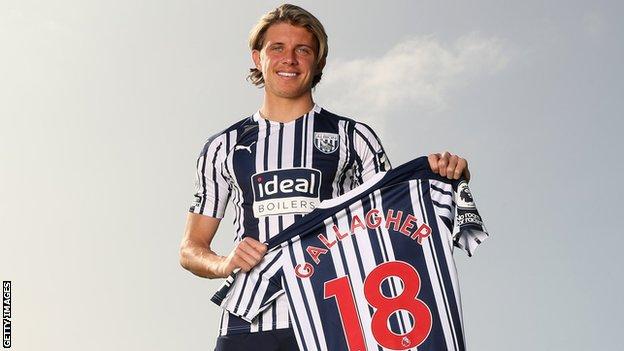 213
SHARES
2.9k
VIEWS
Share on FacebookShare on TwitterShare on WhatsApp

Premier League Club, West Brom have has complete a deal with Chelsea to sign England Under-21 midfielder, Conor Gallagher on a season-long loan.

The 20-year-old player spent last season in the Championship with a loan deal at Charlton and Swansea.

Gallagher while reacting said there was “a lot of interest from the Premier League” but “this is where I want to be”.

Meanwhile, West Brom boss Slaven Bilic says he will be “extremely disappointed” if a deal is not done for Filip Krovinovic to rejoin the club.

The Croatian midfielder spent last season on loan from Benfica as the Baggies won promotion.

Bilic says the club “have to find some money for a loan or whatever” but added: “He wants to come. Everybody wants him here.”