The Ogun State Governor, Prince Dapo Abiodun has vowed to maintain a policy of zero tolerance for potholes on township roads across the state from the next fiscal year.

According to him “no stone will be left unturned at ensuring that we place maximum premium on road rehabilitation within the state going forward”.

Prince Dapo Abiodun made this promise while appraising the 2020 proposed expenditure of the Ministry of Works and Infrastructure, at the Treasury Board Meeting on Year 2020 Budget, held at the Oba’s complex, Oke-Mosan, Abeokuta.

He said that his administration would not be defined as an administration that allows potholes to take over its township roads, adding that the issue of bad roads across the state would be phased out as work had begun with the most specific ones.

“We have decided that we will not be an administration that will defined as that which potholes are impeding on traffic movement. We are also paying attention to township roads and the idea is to begin to phase them out and we’ve begun by chosen those that are most strategic, those that we believe impact our people the most”, he said, adding that “our vision of ensuring that we have zero tolerance for potholes on township roads will be the policy of our administration.”

Gov Abiodun emphasised that the development of infrastructure in the state is extremely important to his administration.

“If indeed we are going to be serious about attracting investments to Ogun state, it is important that our township roads, our connecting road between Ogun state and border states are in conditions that will facilitate people to move in and out of the state with relative ease,” he said.

He stressed that his administration had come to terms with the fact that one of the major projects that could aid the economic development of the people was the rehabilitation of township roads that will in turn facilitate the movement of goods and services from hinterland to the market and the movement of people around the state, adding that lots of premium would be placed on township roads across the state.

“It will not only facilitate the movement of goods and services from hinterland to the market, the movement of people around the state, the movement of our children to school, to movement of security agencies to attend to security threats or emergencies, so, we will be placing a lot of premium on rehabilitation, construction of roads,” he said.

In his defence, the Consultant to the Governor on Works and Infrastructure, Engr. Ade Akinsanya disclosed that the ministry is currently looking at new technologies that will aid the rehabilitation of roads in the state, adding that the target of the ministry on making rural roads in the state good for the people is estimated to be between 250 and 300 kilometers.

In his contribution, the Chief Economic Adviser, Mr. Dapo Okubadejo noted that Public Private Partnership is key to realizing the overall development of the state of infrastructure in the state. He contended that it is important for the state to also look at cheaper ways of delivering infrastructure: “Some of the expenditure you will be expecting will be spread over the next few years, Public Private Partnership will be critical to the development of our infrastructure, we have to look at cheaper ways of delivering infrastructure, from the new technologies you are looking into, we expect significant cost saving from these new technologies you are looking into,” he said. 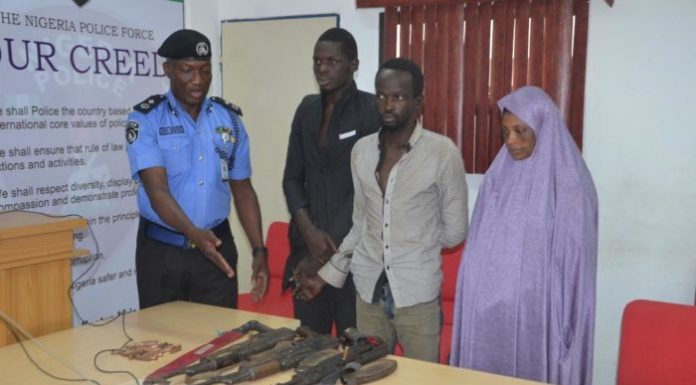 Journalists Frown at Incessant Killings in Nigeria, Want FG to be Proactive

Senator Buhari’s Bill on Establishment of University of Agriculture and Technology in Oke Ogun...

Buhari To Present 2019 Budget Proposal To NASS Next Week

Osinbajo to Continue as Acting President Despite Buhari’s return