A chieftain of Peoples Democratic Party (PDP) In Oyo state , Chief Oyebisi Ilaka has said those who defects from the party for another party will not be missed as there are capable hands to replace them among party members

Former governor of the state , Senator Rashidi Ladoja and some political stalwarts in PDP, APC, and Labour Party  declared for  African Democratic Congress  last week  due to what they termed as injustice in their former party

But the Ladilu of Oyo  who is aspiring to represents oyo central Senatorial district at the upper chamber of the National Assembly  while reacting to this in an interactive session with journalists in Ibadan consider their actions as a function of little mindedness in politics, saying what they claim is not enough to puncture the ball in the middle of the game.

According to him “There is no perfection anywhere, imperfections pervades the whole  atmosphere but  we ought to deal with what we got  we’ve gone a long way with this PDP exercise, we’ve spent a lot of money a lot and  time, we have tried, do we just abandon it midway no,  What are we  fighting about, the position of the state secretary, the position of  an organizing secretary and other few things , is that enough reason to puncture the ball, I don’t think so.”

He argued further that most of what the defectors claims are mere  speculation. “ There is a lot of politics of envy, politics  of little mindedness,  and if I am going to surrounded by little minded people I will rather not be with them because the longer you spend with them you too you start thinking like them, one of my prayers first thing every morning is for me not to think like oyo state politicians  because most of them are intellectually deficient, morally bankrupt and I’d rather not be like them.’

“I am of the believe that if you zone any position to any part of Oyo state there are  competent hand , they would be replaced  on a friendship level we might miss some of them, but  some we won’t miss but  there are capable hands  to replace every one that we might have loss and I don’t  want to dwell on whether we lose them or not, I am sure the clouds that are in the horiozon  when the thunderstorms start in their party I am sure you journalists would have plenty things to write.”

He also confirm that the party chairman, Chief Kunmi Mustapha and many of the  party executives including the Accord chairmen that moved to the party with Senator Ladoja  to PDP remain in the party,  “so we have a formidable team that can win elections for the party.” he said

While expressing optimism that PDP will spring surprises in the next election, the legal luminary said though the image of the party had been stained and battered especially with corruption allegations but if  we allow internal democracy in the party and  present fresh  and stainless  candidates  for  elections, we will win many seats

“If there is proper participatory democracy in the party, and we have transparent primaries, we put our best forward then we stand a good chance but if we put candidate that even members of the party themselves have rejected how do you expect to sell them,  but if we know that we have a tussle and somebody wins by one vote, its lucky for the winner  and we will do that but if   internal democracy is by  any means sabotage then we will  have a problem”.

“PDP didn’t do well last time because it had poor candidates hopeless candidate and people totally rejected them, if they had better quality  than this the electorate will applauds and endorse them so that is my take  on it.” 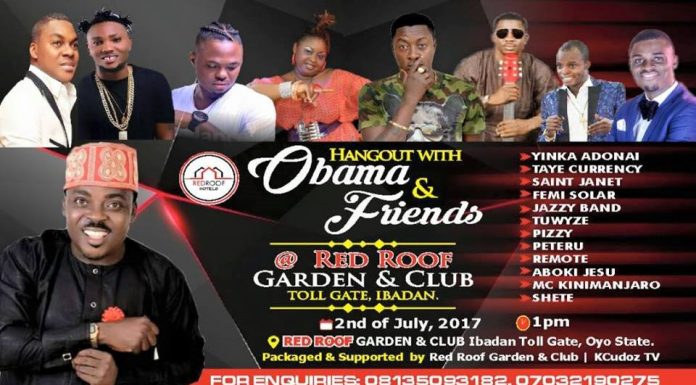 We Will Use Sports To Create Jobs, Generate Revenue – Sunday Dare