A gubernatorial aspirant in the All Progressives Congress (APC),Professor Adeolu Akande has charged the new Aare Ona Kakanfo,Aare Ganiyu Adams to use his new office to wage war on poverty and youth unemployment.
Akande,in his congratulatory message to the new Aare Ona Kzkanfo on his installation which comes up on Saturday in the ancient city of Oyo, said gone were the days when Aare Ona Kakanfo’s primary duty was to wage war on the enemies of the Oyo Empire.
He said the most damaging wars ravaging the Yoruba people today,like other Nigerians,are  poverty and youth unemployment.
” The most damaging wars ravaging our people are poverty and youth unemployment. These are the wars i implore you  to wage”.
“There is hardly any household in Yorubaland that does not harbour some unemployed youths. There is no corner of Yorubaland we do not witness poverty on all fours.The war we need to fight are the wars to ensure youth employment and to banish poverty”, he said.
Professor Akande advised the new Aare Ona Kakanfo to use his extensive contacts among Yoruba in diaspora to attract initiatives and engagements that will help provide jobs for the youths.
He advised him to also use his  network of Oodua Peoples Congress (OPC) within the country to help mobilise for purposeful leadership at every strata of the Nigerian political landscape.
Professor Akande also praised the Alaafin of Oyo for the choice of Ganiyu Adams as the Are Ona Kakanfo.
“It is noteworthy that the new Aare Ona Kakanfo was born about the time Kabiyesi ascended  the throne of his forefathers. There is no better way to demonstrate belief in the capacity of Nigerian youths than investing someone of the new Aare’s age with the enormous responsibilities of Aare Ona Kakanfo.
“I congratulate Kabiyesi on the auspicious occasion of his 47th anniversary on the historic throne of Alaafin of Oyo. It is noteworthy that Oyo within this period had graduated into a major city of note,including being host to two universities,two colleges of education and the only College of Survey in Nigeria. 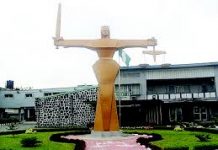 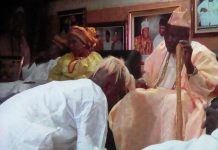 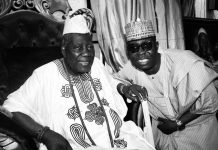 Boko Haram Crisis Has Consume Over 20,000 People – WHO