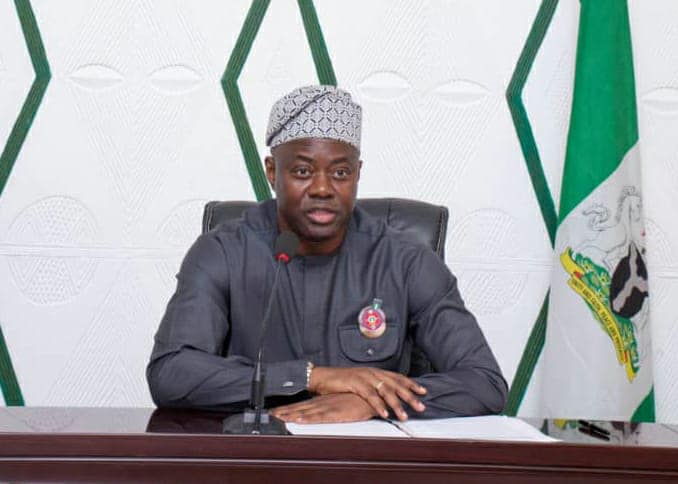 122
SHARES
898
VIEWS
Share on FacebookShare on TwitterShare on WhatsApp

Oyo State governor, Engineer Seyi Makinde, on Thursday, presented Utility Vehicles to the Oyo State Fire Service Agency in an effort to enhance the “efficient and effective discharge of its responsibility to curb fire incidences in the state.”

Governor Makinde, while presenting the vehicles to the management of the Agency, through his Special Adviser on Security, Commissioner of Police Fatai Owoseni (rtd), stated that the donation of the vehicles is an evidence of a government that is walking its talk.

He maintained that Governor Seyi Makinde approved the donation of the Utility Vehicles to the Fire Service Agency in fulfillment of his commitment to place a priority on the safety and security of the people of Oyo State.

A statement by the Chief Press Secretary to the governor, Mr. Taiwo Adisa, indicated that the presentation took place at the Government House, Agodi, Ibadan.

According to Owoseni, the presentation of the utility vehicles was a gesture by the Governor Makinde-led administration to further equip and upgrade the facilities of the Fire Service Agency, following the upgrading of the Service as an independent Department of government.

He stated that the upgrade will aid the Agency in its efforts to combat fire outbreaks in the state.

Owoseni said: “In addition to all other essential tools that His Excellency have been investing on and procuring for security and law enforcement agencies and the Fire Service in Oyo State, in addition to firefighting vehicles that have been acquired and given to the Fire Service Agency for the efficient discharge of its responsibility, the government is presenting four Utility Pick-up Vehicles to the Agency.

“If you followed the manifesto and the commitments of the governor, security is one of the four cardinal points of his administration and when you talk of security, it also goes along with safety. We have seen the investment made with regards to security and since safety is also an integral part of security, that’s what is being demonstrated here today.

“The governor has noticed the wide gap in the Agency, that’s why he has taken the bull by the horns, first by making the Agency autonomous from what it used to be as a department in the Ministry of Works and Transport and secondly, by equipping and upgrading the facilities and addressing  the infrastructural deficit in the Oyo State Fire Service Agency, that is why we are here this morning.

“On behalf of His Excellency, we are conducting the ceremony of handing over four Utility Pick-up Vehicles to the Oyo State Fire Service Agency in order to give them what it takes to be able to discharge their responsibilities efficiently.

In his response, the Director, Administration and Supply of the Agency, Mr. Abiodun Oni, appreciated Governor Makinde for demonstrating his commitment to the Agency since he took over the mantle of leadership in the state.

ALSO READ  Seyi Makinde: Every Decision is a Hit Back to Back

Oni added that upon the governor’s assumption of office, he set up a committee to upgrade the Fire Service to an Agency and that this has become a reality.

He said: “The governor has approved and procured five firefighting trucks for the Oyo State Fire Service and these have been distributed to Oyo, Iseyin, Molete and Eruwa Fire Stations and there is one at the state headquarters.

“Also, the government has begun the process of procuring five new fire trucks. When they are delivered, they will be distributed to all the administrative stations in the state.

“The governor has also approved the procurement of  550 units of personal protective clothing for our officers. This has not happened in recent times. Also, he approved that the allowances of the men and officers of the Agency be upgraded and these include hazard allowance, shift allowance, duty allowance and uniform allowance, which we have not benefited since the creation of the Fire Service since 1951.”

Oke Ogun Polytechnic ASUP Dissociates Self From Attack on Rector 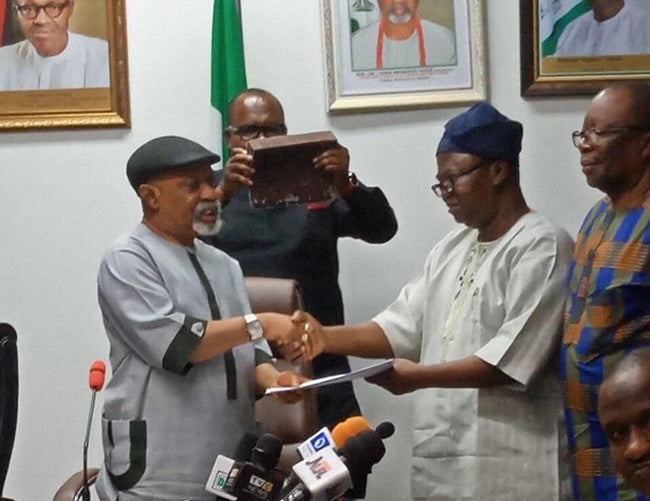