The event which was held at Lagos Airport Hotel was attended  by stakeholders in the tourism industry including tour operators, destination markers, Festival/ Event consultants and markers, Journalists,  as well as the delegation of Ekiti state council for Arts and Culture led by its Director General, Ambassador Wale Ojo Lanre.

Udiroko Festival which started around 1300AD during the third Ewi, Awamaro  is annual event  tagged a New year day in Ado is purposely organized to celebrate, promote cultural heritage and unite the people of Ado Ekiti.

Addressing a  world press conference, Oba Adejugbe explained that the festival has nothing to do with fetish or idolism as it is a celebration of cultural essence of Ado people  “concretely,Udiroko Festival  is a cultural celebrations that showcases the historical cultural and wherewithal of  Ado people as a  collective entity”.

The monarch who was accompanied by his Olori (wife) traditional chiefs and prominent indigenes of the community to the event maintained   that the decision to put Udiroko festival on a global platform in order to better its lot and usefulness to the cultural being of the Ado people and educate the international community on what the festival is all about.

Oba Adejugbe also disclosed that “The most dominant traditional features of the Olden day’s Udiroko Festival are still in place, in a modified form and in line with the dictates of modern civilization with all event associated with its celebration published for everyone to see

While expressing optimism about the future of the festival, the monarch said “ It is our hope that from now on the Udiroko festival would gain  further international  recognition that would propel it amidst its cultural peers in other kingdoms and climes within and outside Nigeria .

Director General Ekiti state Council for Arts and Culture Ambassador Wale Ojo Lanre in his remark said the council has the full mandate of the government of Dr John Kayode Fayemi to promote our culture as well as our core values in order to evolve a State that manifest the vision of its founding fathers; this explains the passion and commitment of the Council towards a collaboration with communities to transform their festivals into a prosperity instrument for the people.

“There is no doubt that the Ewi of Ado-Ekiti has joined the list of monarchs who have at one time or another addressed a world press in a bid to market their festivals to attract global attention and tourists. Osun Osogbo, Olojo and Ojude-Oba festivals have brought the Ataoja, Ooni and Awujale respectively to Lagos on similar purpose. Today, these festivals are bringing economic prosperity and attracting investment opportunity to those who own them.  By this commendable initiative, Udiroko has become a festival for the cultural and tourism public, the manifestion of which would become noticeable in subsequent editions.

ALSO READ  Oyo 2019: Federal Lawmakers Back Senator Buhari's Gubernatorial Ambition, Says He Is The Most Competent To Succeed Ajimobi

“Since it is within the compass of our purview to inject critical innovations into the original manners of celebrating festivals in Ekiti, we initiated this world press conference in furtherance of the strategic marketing of some Ekiti festivals. We have noticed the energy and vigor with which the Ewi and the people of Ado prepare and celebrate Udiroko annually hence our decision to partner with Ado Ekiti people to rebrand the festival, Globalize its celebration, Seek marketers for the festival so that it becomes self-sustaining, Clear the air over petty controversies and stigmas that threaten its sustainability and Involve Ado-Ekiti indigenes in the diaspora as well as those outside the shores of Ekiti State.

The chairman of the occasion, Prince Julius Adelusi   while speaking on the festival said Ado Ekiti is not only to celebrate the existence but also to teach the youth on the culture and tradition of  Ado Ekiti “ Ekiti man is known for  integrity  and upholding values and this has been of great help in  life

Also the chairman Organizsing committee Professor Sunday Akindele said security efforts have been put in place to secure life and properties of people during and after the festival. 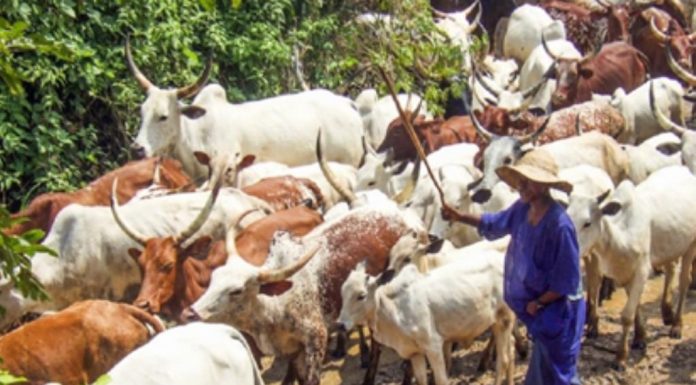