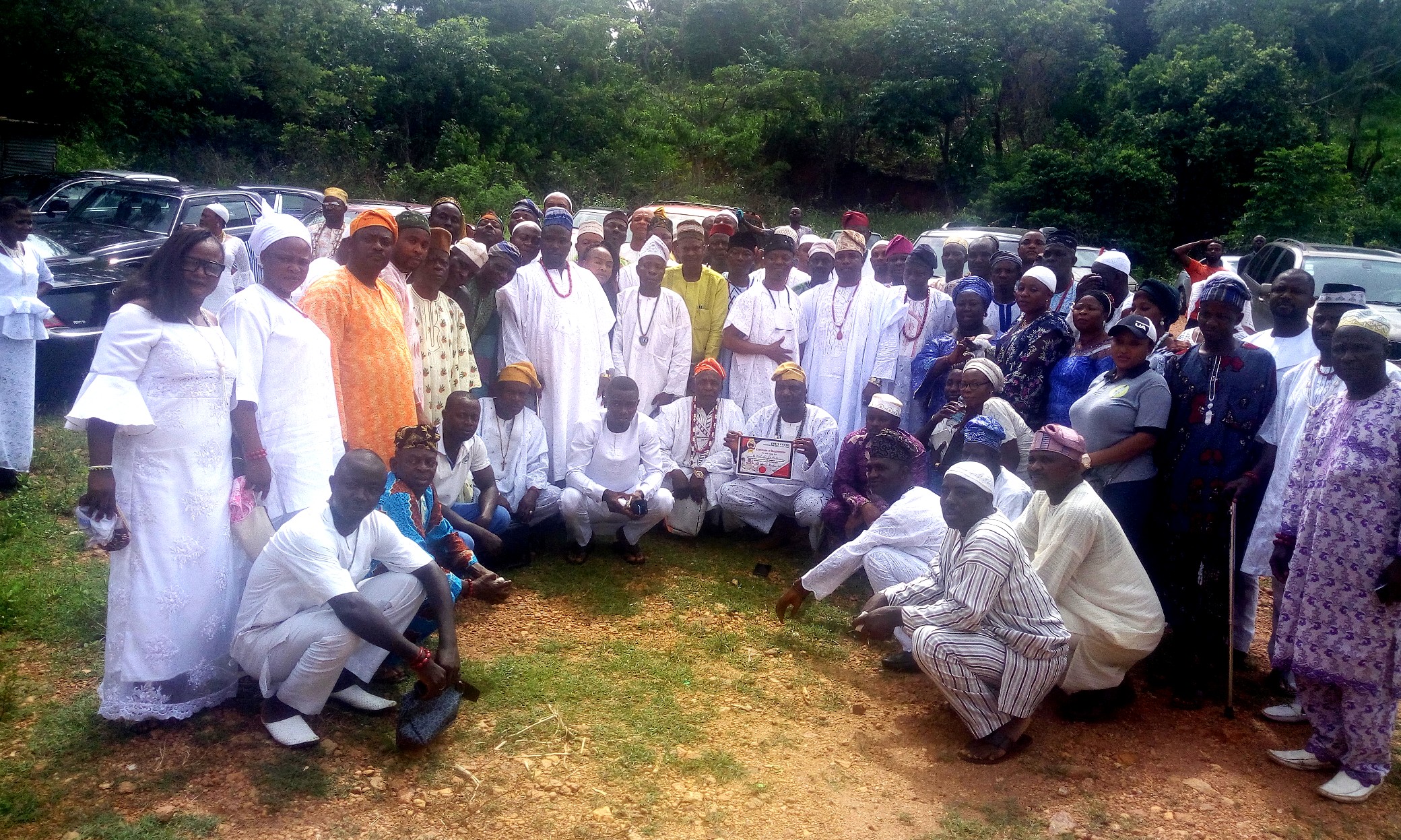 Traditional worshipers have urged Ekiti state government to renovate sacred shrines and other related cultural sites in the state.

They also demand release of part of the sacred land in Oke Igeti Ado Ekiti on which new governors lodge is located and other lands acquired by the state government.

This was part of the request from traditional religion practitioners during the presentation of certificate of registration by the Ekiti State Council for Arts and Culture at Cultural centre Ekiti state.

Araba of Ado Ekiti in his brief remark said, the government should acknowledge and appreciate the role of traditional institutions in enhancement and promotion of culture and tradition

Also Chief Adewale Oso, Welfare Officer, International Council for Ifa Religion (ICIR ) in his submission urged the government include in their calendar a special day for celebration of Traditional festival (isese day) and declared holiday

The Araba Akoko said ”  Osun state is getting right with the introduction of Isese day, Osun Festival and others , same in Ogun state with African Drum Festivals and others and Ekiti has Ogun in Ire, Esu in Ijelu, Osun in Igede among others which need to be celebrated and annually

Oba Olorisa Agbaye , Oba Adewale Jamiu Eletu in his speech said while the government is playing its role in promoting culture, traditional worshipers should also act well their own part in restoring sanity to the society

“Both Christians are Islam religion are recognized because they are united , they always speak with one voice but in our own case we are not united, we often discriminate against each other which is not good for us”

He however harps on unity and sanity among the traditional worshipers, we shouldn’t allow pecuniary interest to divide us, we should be live by example and be pure as our religious preaches . Adding that those aiding and albeting criminals should stop or face the wrath of law of the land and olodumare.

He maintained that those that are registered are now recognized by the government and will enjoy support from government and warned them not to engage in any form of violence during festival and traditional event.