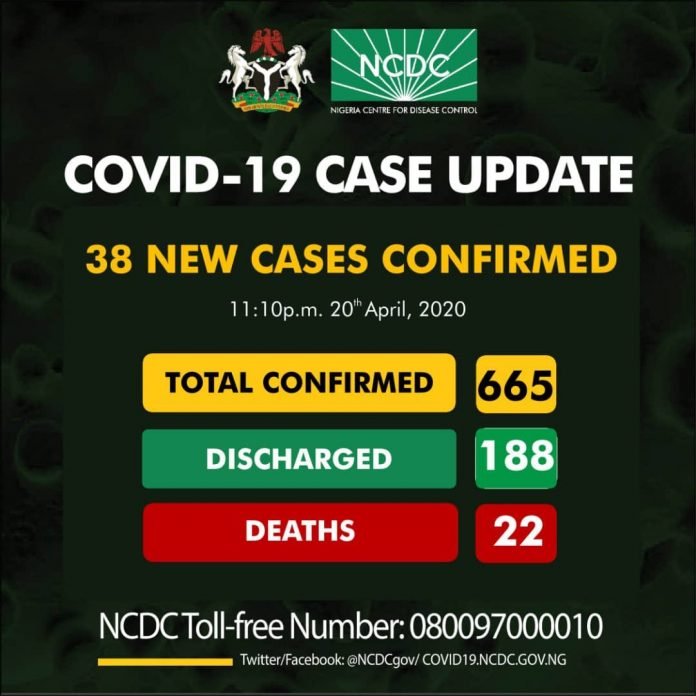 No doubt, COVID-19 caught us unaware as a nation. This is not consequent upon want of information per se about the epidemic at the early stage – though, regrettably, the federal government delayed in imposing early stringent measures like closure of airports and seaports to contain the spread of the imported virus – however, it is mainly because of many underlying socio-economic evils that have hitherto befallen us as a nation; evils of bad leadership, poor governance, wide spread chronic poverty, endemic corruption, poor health care system, unemployment, lack of demographic data of citizens, neglect of the societal poor, and the rest of it.

Effective governance requires reliable, up-to-date, and comprehensive data of the governed without which governance becomes a haphazard venture. COVID-19 has triggered, tremendously, startling revelations about the country of the ‘unknown citizens’.

COVID-19 has revealed that the country is bereft of a scientific database that categorizes its population into different social strata such that finding the vulnerable and the poor for palliatives is highly elusive, thus it is purely a game of ‘guess’ for our greedy politicians who quickly took advantage of the ‘corona season’ to satisfy their gluttonous nature.

Believe it or not, the heartless among our politicians are making big money through COVID-19 palliatives. It is a season of bumper harvest for them though they feign pity when they appear in the news. COVID-19 offers them a convenient, safe means of embezzlement since they spend under the guise of critical emergency. Hundred bags of rice can be quoted as ten thousand bags because recipients of palliatives are ‘unknown’. For instance, selection of households for conditional cash transfer of the federal government is at the whim of the political party ‘in charge’ and not by any scientific data. This is awkward and totally unacceptable in the 21st century; development that is not data driven is nothing but fraud.

As at the 9th of April 2020, according to National Cash Transfer Office (NCTO), Katsina, the home state of President Buhari, has 11.8 % (133,227) of the total beneficiaries (126,211) of the conditional cash transfer across the country, excluding Lagos, Borno and Delta states. The 133,227 beneficiaries for Katsina State is more than the total for 14 states. The so-called social register by the federal government was not scientifically obtained and so cannot truly represent the Nigerian poor let alone ensuring ‘equitable’ distribution on the basis of need. As the impacts of lockdown bite harder, the heavy lopsidedness of beneficiaries in favour of some states that are not much affected by COVID-19 is a major concern.

The 2019 General Elections gulped over ₦240 billion, and we cannot even correctly estimate billions of naira spent by political parties and their candidates. The sacred cows among the politicians even deployed armored vans to distribute money to their electioneering foot soldiers, majority of whom eat the ‘bread of sorrow’ once in four years from the dining table of their political god-fathers. Spending heavily on elections without adequate demographic information on the population is like putting the cart before the horse, a waste of time and resources. We spend heavily on election, both from the government and the politicians’ angles, but we fail to register all Nigerians with National Identity Management Commission (NMIC), a commission established in 2007 with the mandate to establish, own, operate, maintain and manage the National Identity Database in Nigeria, among other things. If, after thirteen years of establishment, NIMC cannot provide comprehensive demographic statistics of Nigerians, then the commission has failed woefully and should be scrapped!

The ongoing lockdown in some states compelled distribution of palliatives by governments, organizations, and individuals. The major challenge encountered, however, is getting the palliatives to the target vulnerable and the poorest of the poor. This proved impossible because the country lacks prerequisite data. As such, distribution of palliatives could only be done haphazardly, and that is why the larger percentage of the poor claim they are not reached. It is high time the government developed a comprehensive demographic data of the entire citizenry. Among other things, demographic variables are germane to purposeful development initiatives and emergency interventions. How do you plan for a people you don’t know? Nigeria is a country of the ‘unknown’ populace, quite unfortunate. More often than not, government’s development programmes are designed for elusive citizens. Nigeria lacks efficient registration of births and deaths. This characterizes haphazard governance. If telecommunication companies could get their subscribers registered over a short period of time, the Nigerian government has no excuse for not having a comprehensive register of her citizens.

Another disheartening revelation is the decadence in the country’s health care system. The ugly scene that played out at the University Teaching Hospital (UCH), Ibadan when the index case of coronavirus was reported in Oyo State is sadly a national embarrassment that obviously shows the failure of our health institutions and that of the government at responding to critical emergencies. The management of the hospital, a leading tertiary hospital in the country, had to write letters to individuals and organizations to solicit fund in order to manage the exigencies of COVID-19. Pointedly, the hospital lacked funds and the federal government was not forthcoming at such critical time of emergency. This, again, reveals the sorry state of the country’s health care system and dearth of critical health infrastructures.

However, quickly enough, the hospital received a major intervention from the Oyo State government; a COVID-19 diagnostic centre was set up at the virology section of the hospital, solely by the state government. This quick, timely intervention is highly commendable.
The State House Clinic gulped ₦13.59bn in five years, yet it is not properly equipped to care for the president and other occupants of Aso Rock, or do we conclude that the occupants are ‘patriotically’ addicted to foreign medical treatments. Unfortunately, the President’s Chief of Staff, late Abba Kyari, who tested positive to COVID-19, was ‘whisked’ to an unknown hospital in Lagos for treatment, as opposed to the preferred foreign hospitals, before his eventual demise. Of course, many of them have recent history of frequent travels on medical grounds. COVID-19, somehow, is a ‘blessing’ in disguise. At least, it has taught our nonchalant leaders a lesson that they have refused to learn over the years. Now, they cannot travel abroad for the trivial reasons that result in the waste of our national resources. Should they wish to travel abroad for medical treatment now, Nigerians shall gladly bid them farewell to their now dreaded ‘home away from home’, not minding the financial frivolity involved.

The lockdown in some states, particularly Lagos and Ogun, threw up many vices that have remained unaddressed for years. The problem of multidimensional poverty, which is chiefly contributory to criminality such as stealing and armed robbery, fully manifested, and consequently resulted in outrage by the justifiably frustrated citizens.

At the height of it, residents of Ogun State were forced to defend themselves against invasion of armed robbers in broad daylight. Of course, residents of Lagos had their fair share of the troubles of men of the underworld, though the funny state Commissioner of Police, Hakeem Odumosu, has variously denied incidents of armed robbery in the state against reports by reputable media houses. Cock and bull story, you would say. Probably the ‘armed robbers’ were not armed. This is Nigeria!

The invitation of Chinese doctors to assist in containing COVID-19 in the country is a national insult. Why Chinese doctors? While they are yet to start work all, 159 COVID-19 positive patients have been treated and discharged from isolation centres across the country without any foreign medical help. Based on believably sound arguments on the origin of the virus that is now terrifying the whole world, China cannot exonerate itself of being the mastermind of the dreaded virus. Time will tell! Mind you, it is not another story of 5G.

Unfortunately, few days after the Chinese doctors arrived Nigeria, stranded Nigeria nationals were maltreated in the city of Guangzhou in China. What magnitude of help by the Chinese government should be appreciated at the expense of due respect for Nigerian citizens? The stranded Nigerians were publicly molested and treated as second class citizens by Chinese officials? But for the timely intervention of the Nigerian ambassador who furiously checked the act of racism, the ugly scene might not have ended abruptly. So, do we need Chinese doctors? As a nation, we must learn to look inward for solutions to our problems.

Nigeria is a country of the ‘unknown citizens’. The incursion of COVID-19 has laid bare, astonishingly, the true state of the nation, and we now know again that nothing has really changed about the business of governance. Nigeria! When will your poor, the ‘unknown citizens’ be assuaged of their many troubles? When will our leaders demonstrate sincere patriotism to their fatherland and shun addicted allegiance to foreign lands? ‘Oh God of creation, direct our noble cause and guide our leaders right!’
Olubukola Adio
oluby2003@yahoo.co.uk
08069836822 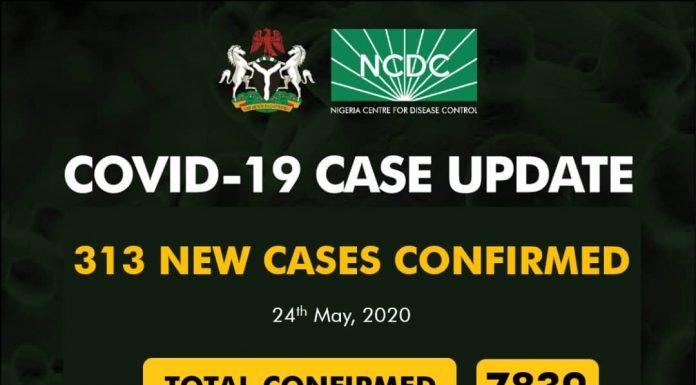 Re- How Fatai Buhari Decieved Us, Used Iseyin – Oyo Abandoned...

Payment of Minimum Wage and Government Expenditures: The Imperative To Review...