If Nigeria had any links to the historical Rome, one would think that this country had been emboweled by Janus, a two faced being often referred to as the god of gates: entries and exits. The country bears within, a people whose words do not match action, whose criticism of issues require a ‘deep digging’ scrutiny to be sure of the intent of the critic – either to simply ‘jaw jaw’, get recognized and ‘chop my own’ or extreme blindsided sentiments.

On Friday, 13th September, I was about to surf through my twitter timeline, hoping to have a good laugh (clap backs and funny tweets) off a seemingly rough day only to find our Ogbomosho financial braniac – Seun Onigbinde trending. He had accepted an appointment as Technical Adviser to the Minister (State) for Budget and National Planning – Prince Clem Agba.

For those who may be wondering who Onigbinde is – He is a 33 year old open data analyst renowned for co- founding BudgIT (renowned for launching Tracka – a project tool for monitoring public projects in communities across Nigeria). He is also an Obama scholarship fellow.

Howbeit, for political and public affairs twitter, Onigbinde stands out as an unequivocal critic of government, moreso, the government of President Muhammadu Buhari. It then bites hard at the imagination of several Nigerians that an avowed critic would succumb to working in the government of a man he has long criticized.

Oh, perhaps, you now understand why I commenced my piece with a description of Janus. The acceptance of such an appointment makes the BudgIT mastermind more like an offspring of Janus – who has now lost the trust of several of us, who once considered him strongly principled.

The late Pius Adesanmi, in an April, 2018 tweet had said “I once said in a lecture that the day I hear that Seun Onigbinde has left BudgIt to be special adviser to one yeye somebody at the state level or in the presidency, is when I will give up on Nigeria and seek asylum in Burkina Faso. Our best brains go in to be ruined.”

Onigbinde’s reply was ‘Prof, not going anywhere, No special Advisers. I can advise through policy documents. Until I am certain that the guy at the top gets the art of governance, I will stay on this curve. Every day, I am worried about our legislature…’

So one stands in awe of ‘what changed’ so quickly for a man who once tweeted that ‘…if you plan to vote Buhari for another term, you really don’t love Nigeria, You are either a closet ethnic jingoist or someone who worships mediocrity’. He, himself, must have considered his actions, a little out of line, which is perhaps why he deactivated his twitter account to mitigate the backlash – the decision backfired.

While we shall not aversely criticize Onigbinde for this appointment, it is fair to spell it out plainly that the consequences of his acceptance means he would now be associated with a man he has long loathed publicly, he would share and be branded if the government of President Muhammadu Buhari fails to make gains or stabilize its dwindling economy.

He must place himself under intense pressure and must fight to the death to ensure that his policies gain acceptance or leave as soon as he finds himself in territories that stain whatever is left of his integrity and principle. In fact, leaving early after encountering the first bash is definitely an option – he must consider, because, he would find that the corridors of government are not as easy as obtaining a PhD from a Nigerian University.

It is my hope that Seun Onigbinde would excel in his new role, if he doesn’t, he should expect the rude and unpleasant lash of the lasso, yes, the lasso of principle.

Samuel Olugbeminiyi is a Journalist and Public Affairs Commentator. He writes from Ado Ekiti. He can be reached via ceasarolugbeminiyi@gmail.com 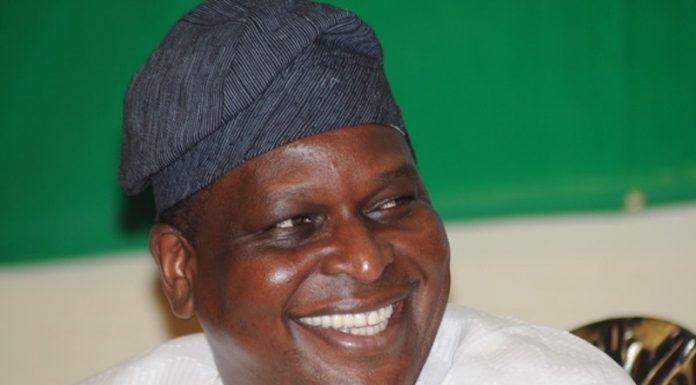 Runsewe, NCAC DG Thumbs up Ambode on Lagos Culture Board.

Read About Alternative Herbs That Can Cure Coronavirus Prescribed by Ooni