Hon Mulikat who is also from Ogbomoso, the same community with Senator Fatai Buhari did not err by challenging the people’s mandate and overwhelming support for Senator Fatai Buhari during the last election but she ought to have carried out a proper evaluation of her chances before election and the chances of tribunal granting her request before initiating a war she knew she cannot win. 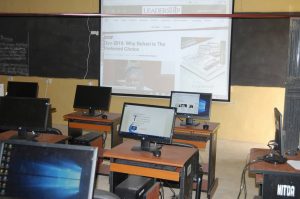 Her quest to overturn the electoral victory of the people’s Senator base on her alleged “Corrupt Practices” during the election cannot be substantiated probably because she was misinformed by his party men who monitored the election proceedings in some of the affected council she mentioned in her petition or she overrated her level of acceptability by the people hence leading to disatisfaction of the outcome of the election.

She is someone many people love and her boldness to even challenge Buhari in the last election pointed out that she is not a pessimist like many of our women who have limited their roles to the kitchen and the other room. Her involvement and achievements in politics are not only encouraging but acts worthy of emulation by women who are also aspiring to contribute to national development.

With that I still believe, challenging Senator Buhari in a contest is a mission that cannot be accomplished till eternity not because of the gender difference but rather their politicial prowress are miles away from each other

Obviously we are moving into an era when election will be about personality and not party, though party influence plays a significant role in the last election but personality comes first and the kind of images and reputation Senator Buhari has built in Oyo north and other parts of the state which cannot be easily trashed. He is accessible, simple and honest.

In the history of Oyo North, Dr Buhari is the first senator that is available in term of physical appearance, qualitative representation at the upper chamber of the National assembly, facilitation of federal government projects to his district. His clamour for the establishment of a University in Oke Ogun, reconstruction of roads and repair of the existing ones and other developmental projects in the entire Oyo north senatorial districts are what made people appreciated and rewarded him with their votes during the last election.

If what emboldens Alhaja to even dare Buhari in a contest is the “perceived solid PDP structure in Ogbomoso and Oke Ogun and financial muscle to tackle him naira for naira, she missed the point though, there is no harm in trying but Senator Buhari’s political movement is far beyond politics, it is more of humanitarian services rendered to the deserving people with a view of fast tracking the development through qualitative representation at the National level which Hon Mulikat and her aides can also attest to.

Senator Buhari’s unprecedented achievement in his first term registered his name in the mind of his constituents and that was why it was easy for him to penetrate the nooks and crannies of the senatorial district during the campaign, moving from one community to other. His campaign strategy cannot be matched by any politician in Oyo state, he didn’t wake up just few days to election and start relating with people, he has started the journey into another electoral victory few days after he assumed duties with a sustainable economic empowerment program which changed the life of many of his constituents.

In politics, enemies become friends and friends become enemies, but those who claimed to have left him cannot deny the fact that Senator Buhari is a fine politician who always reward loyalty and appreciate support, to him not everybody will have the opportunity of meeting him personally but every member of his constituents must directly or indirectly benefit from whatever he facilitated and that is why he worked hard to facilitate ICT and CBT centers to schools and some communities in all the local government areas in Oyo North. With the ICT centres, the next generation will not just have access to computers but also connect them to the global world without necessary moving to the city or nearby towns.

With facilitation of over 30 boreholes across the district, the people of Elekokan, Gaa Olosun mining communities in the remote part of Oke Ogun and other beneficiaries will not forget in a hurry how Solar powered borehole facilitated by Senator Buhari relieved them of acute water scarcity and they only way to reward the man who positively touched their lifes is to vote him again and pray for his success .

In conclusion, Senator Buhari’s relection is an act of God, reward by people for his commitment to the development of the district, therefore his re-election is a mandate that cannot be trashed 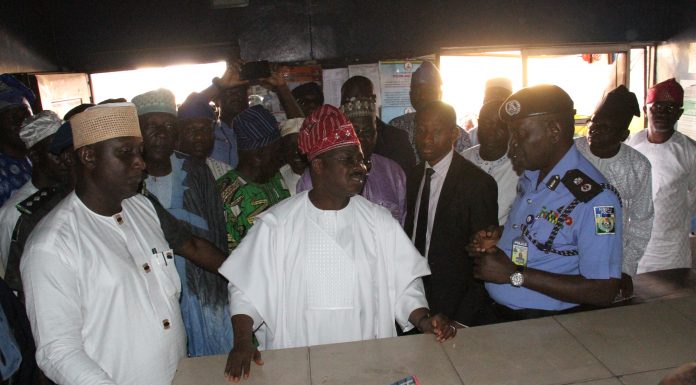 Perpetrators of Bodija Crisis Will be Prosecuted – Ajimobi