Again, the paternity of the Nigerian state came up for consideration last week. Who exactly owns Nigeria? Is it the exclusive preserve of politicians, their kith and kin, their hangers-on or Nigerians?

Put differently, because politicians compete for offices that become vacant in the process of nationhood, are those offices, by that very fact, strictly their birthrights, to the exclusion of any other Nigerian? If those interrogations do not capture this ownership issue appropriately, the question can be put in another context thus: Who owns non-elective political offices? Are they spoils of politics, mechanism for developing the nation or rewards for political participation? These questions again came up for debate last week when the brouhaha erupted over the co-founder of transparency group, BudgIT, Seun Onigbinde’s appointment as Technical Adviser to Minister of State for Budget, leading to his resignation of the appointment.

As so many informed commentators have submitted, this pattern is becoming an unenviable profile of the Muhammadu Buhari government. It is akin to an animal kingdom where carnivorous animals hack down their fellow animals for meals. The comments have succinctly dredged the roots of the issue, so much that this additional one may be unnecessary. However, having been a victim of the trend too, an adumbration of the issue may just establish the implication for tomorrow for us as a people and governments in general.

Whether because of its pervasive influence on our lives or its massive implications for our existence, politics in Nigeria has become a major factor for society. It is like a double-edged sword: commendable because, with its pervasive influence, politics will no longer be a vocation that the most naïve in society engage in, to the exclusion of the informed and the educated. However, it is dangerous because all the shenanigans of politics and all its unenviable intrigues are replicated in virtually all facets of life and society. No matter how anybody may beatify politics, the truth is, even from the pre-colonial era when politics as a weapon of competition for offices was introduced, it was laced with dirty practice in Nigeria. The story is told of how, to castrate political opponents during the First Republic, all you needed to do was plant a corpse at the front of the opposition’s house and get the police alerted to the scene. The opponent is demobilized, for you to gain your desired advantage. This dirtiness has only mutated; it has not stopped.

Since the advent of the Fourth Republic, the divide between politics and governance has been so stretched thin that the spatial difference is almost non-existent now. This shouldn’t ordinarily translate to a potential crisis but for the fact that party politics, or put specifically, political party affiliation, has now become the defining element of our Nigerianness. What do I mean? Your political party, as against the other person’s political party identity, is viewed as the passport of entry into social relevance. Woe betides those who do not belong to either of the political province. This delineation of provinces is guarded so jealously that boundaries that do not belong strictly to politics and politicians are being ascribed to them. Unfortunately, even those who do not belong to political provinces have been sucked into the narrative of believing that non-elective offices are exclusive perks that belong to politics and politicians.

Elective and non-elective political offices as opportunities to enrich selves are inheritances from Britain. Colonialists posted to the colony came to those offices with preferential treatments that were the envy of their colonized subjects. They drove ‘big’ cars, earned fat salaries, huge allowances and were perceived as “big” men. When they ceded power to the natives at independence, in the bid to pattern their lives after the colonialists who just exited, the native “big men” also began to live big. Thus, a rat race for offices began which is worsened by the fact that government today is the highest spender, the place where you can get unearned money and access to them almost approximates access to the Kingdom of this earth. Today, access to government power is equal to the African pre-colonial conception of money ritual. In fact, it can be said that even the money rituals of that period cannot give as much unrestricted cash as access that government office gives.

Mr S. M. Afolabi, late Nigeria’s Minister of Internal Affairs, could be said to have put in perspective the perception of Nigerian politicians of political offices and their frown at “gate-crashers,” either from the other political parties or from people referred to as technocrats. He had upbraided the idea of Mr Bola Ige, an acerbic critic of Mr Olusegun Obasanjo even since his days as Head of State, being brought into the PDP-led government. The opportunity to serve as minister, Afolabi referred to it as come and chop. Since then, the latch on the door has been fastened and access to offices is viewed with hostility similar only to warfare.

The rat race for office is now a sprint of life and death. The doors are guarded and guided with brutal jealousy. The Buhari government is making this a bigger problem for the polity. Before it, though also guided, it was not this brutally restrained. Today, access to public office is such a close circuit that this gate-keeping pattern will henceforth be the credo or even policy of subsequent governments. Anyone who does not belong to the conclave of a particular party in government, no matter how useful to the growth of the polity, is mercilessly hacked and painted in bad colour.

It is a fallacy of inclusion to assume that anyone who is not for you is against you. This is the water-trough that waters dictatorship and makes it germinate. Dictators like Idi Amin Dada, Kamuzu Banda, Robert Mugabe and the like began  in this unobtrusive manner. Their first step in office is the step that the Buharists take now. This is, carving out a province for themselves and spelling out membership of that province. Membership is restricted to only the bootlickers and the fawners of power. By the time this template is further taken to the next level, we end up in the hands of a Houphouet Boigny and his Yamossokuro Basillica-huge dictatorship.

Seun Onigbinde’s community of critics who engage government and keep it on its toes is endangered in a Buhari Nigeria. In its place are palace fawners who tell the King only what he needs to hear. This is why there is so much playing-the-fool at the highest levels of governments in Nigeria. Government Houses are readily seen as incarnations of pre-colonial African palaces where the king did no wrong and the Kabiyesi was not only infallible but incapable of being questioned. The moment we see a Buhari, for instance, as one whose infallibility is a given, then we have lost our country. Honest man that Buhari has been in the last four years or so, he occasionally shames the fawners who surround his palace. You will recall the whole gamut of lies volleyed into the public space by Buhari’s handlers while he was on medical vacation to the UK a couple of years ago. They denied that he was ill or that his ailment was very critical. When Buhari came back, he literally put all of them to shame by admitting that he was indeed critically ill and even underwent blood transfusion. Last week when the Presidential Election Tribunal pronounced him winner of the election, Buhari’s lickspittles again claimed that he was not in any way affected by the judgment, something in the mould of making a god of an ordinary mortal from Daura that Buhari is. Again, while playing host to those who had come to pay him a courtesy call, the President owned up that the Executive Council meeting was what doused his apprehension and tension.

The Onigbinde community, a tiny speck of which I am, doesn’t necessarily hate Buhari or his government, not even APC. PDP was hitherto a similar gross disaster in power. We may be excessive in our criticisms; we may be unreasonable sometimes; we may appear silly and even uncultured in the perception of our fellow countrymen, but our patriotism is very impregnable and certainly not of lesser texture than those who hold opposing views from ours. Some of us come out with a flow of acidic diatribes against infractions in government due to our frustration at the stagnation of Nigeria. We may be total disasters if made administrators but we should be encouraged to continue to ply our trade as a necessary blend with the views that are pleasant to the ears of runners of government. In fact, our diatribes against politicians and administrators of state should be recommended dosages to those in government so that, as they receive those flowery commendations from the groveling community that surrounds them, they will inter-mix them with our cudgels and will ultimately come out with policies that are forthright and beneficial to the polity.

When governmental offices are profiled as birthrights of politicians and grovelers by the altar of political lords, Nigeria would be the loser. Every government, either at the local, state or federal level, must keep an Onigbinde by its side to tell it the gospel truth. He belongs to the tribe of Julius Malema, South African politician, Member of Parliament and leader of a South African political party, Economic Freedom Fighters. Malema’s criticisms of ex-President Jacob Zuma probably helped to get a lesser evil in Zuma during his reign. Having said this however, the truth must be told that the interface between government and critics/academics in Nigeria, since the Ibrahim Babangida military government, has not shown that the marriage between governments and critics has paid-off for our country as the erstwhile critics become enmeshed in the ills they hitherto frown at.

The hounds of Twitter, Facebook and other social media avenues who make venison of the flesh of critic-recruits into political offices are fast harvesting renown of being the graveyards of those who can contribute their small quota to changing the face of our country. Most of them do not even know what the actual issues are. Their ignorance is advertised in the very bad language constructs of their interventions and their inability to identify core issues at stake other than those short quips that lack bite that they post. Some are recruits of politicians while some recruit themselves by virtue of their indolence. The carnivores of the social media probably do not know, or are too preoccupied with the consumption of the fleshes and blood of victims they devour for supper, that they fail to realize that each time they finish consuming those flesh, they wake up lost and Nigeria further at a loss. 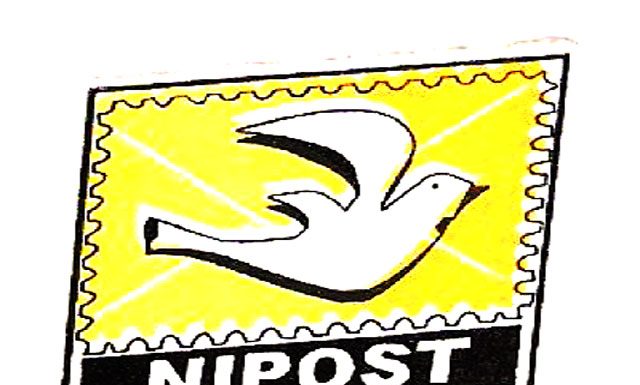