Reasons Why Ajimobi’s Burial Was Delayed Till Sunday 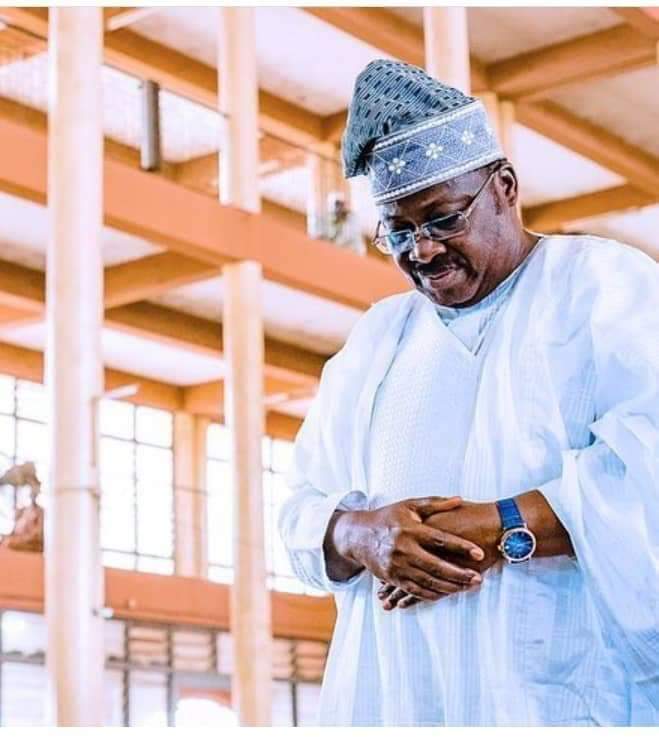 According to the family, his body will be interred at the Senator Ishaq Abiola Ajimobi Central Mosque at Oke Ado, Ibadan at 12noon on Sunday the 28th of June 2020 after the traditional Muslim prayers.

Spokesperson for the late APC Deputy National Chairman South, Bolaji Tunji in a statement said the decision was taken after due consultation with both Lagos and Oyo state Government.

“To ensure that strict COVID-19 protocols are adhered to and in light of the current circumstances of our national health challenges, the family appeals to the public to observe strict adherence to COVID-19 protocols in their participation. Furthermore, details of the live media coverage of the funeral ceremony will be made public by tomorrow.”

The release stated further that “In the near future, details of a larger funeral gathering will be announced where a lot more of his well wishers will have the opportunity to pay him their respect.”

As at the time of filling this report, almost all the lawmakers and kep politicial office holders under the platform of the All Progressives Congress APC are now in Ibadan to pay last respect to their master

Sympathisers have continued to thronged his oluyole home in Ibadan where many people thought he would be buried .

The future of Nigerians’ Education in the Hands of Covid-19 and the Nigerian Government: 101 Days Out of Academic Environment.