It is a known fact that Nigeria operates a federal system of government with each federal unit enjoying some form of autonomy as provided for by the Constitution. Recently, there are hues and cries on the parts of the Nigeria Governors Forum and some concerned citizens on the need for the review of the sharing formula of revenue accruing to the various states viz-a-viz the autonomy of the third tier of government (Local Government) especially as it relates to revenue accruable to it from the Federation Account.

It is pertinent to recall that the renewed agitation and clamour by the Nigeria Governors Forum for the review of the sharing formula of revenue accruing to various states is not far from the statements by some State Governors of their inabilities to pay the ₦30,000.00 minimum wage to their state workers in the light of the looming economic downturn and realties.

Recently, in an interview with the Governor of Bayelsa State, Seriake Dickson, the Governor lamented that the minimum wage is a serious issue in the country. According to him, some states can’t pay the 18 percentage minimum wage because of the existing revenue sharing formula between the federal and other tiers of government.

As a result of the above, various states have resorted into debt financing to implement various projects and pay workers’ salaries. This has resulted into increase in the debt ratio of various states in the federation.

According to the World Bank, 40% of low income developing countries are now either in debt distress or at high risk of default. It is quite apparent that most states in Nigeria have huge debt loads, with very low revenue generated. While debt is soaring, most states apparently depend on more debt to execute any meaningful developmental projects.

Lagos State: as at 2019, the total debt of Lagos State stands at N980 billion. Data from sources have shown that the domestic debt of Lagos as at the end of March 2019 was estimated at N542 billion. Without a doubt, the state is Nigeria’s trade centre, with the Apapa seaport that controls almost 90% of goods that flow out of the country.

However, on the revenue side, the recent IGR data from the National Bureau of Statistics (NBS) shows that Lagos State generated the sum of N382 billion in 2018. This is the biggest across states, but it only covers 70% of domestic debt only.

Rivers State: Rivers is Nigeria’s second most indebted state. The state is one of Nigeria’s major oil-producing states and scoops monthly 13% derivation from the Federal Government. Rivers State’s total debt stands at N249 billion, while domestic debt is biggest at N225.5 billion. On the other hand, the state generated N112 billion IGR in 2018. Measuring its debt against revenue, it means that the state’s revenue can only pay 49.9% of the huge domestic debt, while the external debt is hanging.

Delta State: Delta State is third on the list, with an estimated N242 billion, out of which domestic debt gulps N223 billion. Delta is equally an oil-producing state with a 13% monthly derivation allocation and several international oil corporations.

More worrying statistics are derived when comparing the state’s debt stock to its IGR. Basically, Delta State’s reported IGR in the year 2018 was put at N58 billion. This means that the state’s IGR represents only 26% of its domestic debt only.

Akwa-Ibom: The total domestic debt owed by the State as of March 2019 was N199 Billion. In total, Akwa-Ibomowes N213 billion. This is another oil-producing state, with billions received monthly from the Federal Government. Comparing the state’s total debt stock against its IGR of N24 billion, shows that the state’s annual IGR is just 12% of domestic debt accrued.

Osun State: Osun State’s total domestic debt as of March 2019 was estimated at N147 billion. Compared with the state’s IGR of N10 billion, it means that Osun state’s IGR only covers 7% of the domestic debt owed. In total, Osun State owes a total debt of N178 billion to rank 6th on the list.

Federal Capital Territory (FCT): The FCT is the 7th most indebted state in Nigeria. As at the end of March 2019, the domestic debt accruable to the state was estimated at N193 billion. On the other hand, IGR generated in the year 2018 was N65 billion. This implies that FCT’s revenue covers just 40% of its domestic debt. The total domestic and external debt owed by the federal capital stands at N173 billion.

Edo State: This is the 8th State with the biggest debt accumulated in the country. Edo State’s domestic debt stands at N88.3 billion, with IGR puts at N28.4 billion. This means the State IGR only covers 32% of the domestic debt only. In total, Edo state owes N171.2 billion.

Bayelsa and Ekiti State: These two states owe N150 billion each and thereby make the 10th on the list. Bayelsa State is one of Nigeria’s oil-producing states. Reports show that as at the end of March 2019, the state’s domestic debt stock was estimated at N147 billion, while its IGR in 2018 stood at N13 billion. This means that the state’s IGR only covers 10% of the huge debt profile. In total, Bayelsa owes NN150 billion.According to the DMO’s report, Ekiti State’s debt was also put at N150 billion in March 2019, with IGR estimated at N6.6 billion only in 2018. This means that its IGR can only offset 5% of its domestic debt of N118 billion.

According to the data above, Lagos State records the largest IGR and simultaneously accumulates the biggest debt. Asides Lagos, most states depend on either more borrowing or monthly allocations from the Federal Government to even pay workers’ salaries.

Recently, in order to ease off the debt-revenue issue, states began to push for a review of the revenue sharing formula that would improve their share of monthly allocation.

Apparently, both the states and the Federal Government now largely depend on borrowing. This is appalling, as some states have plunged into huge debt without major infrastructural face-lifting.

Also, most of the debt acquired by these states are from external sources. Hence, from the monthly federal allocation given to the states, a portion of it is always deducted to service the acquired debt, while the huge debt remains. It is therefore imperative to review the revenue sharing formula in order to minimize states’ debt ratio and maximize revenue accruing to each state.

Provision of Relevant Laws on the Sharing Formula

Nigeria’s revenue sharing formula is as follows: every month, the federal government takes the lion’s share of 52.68 per cent from the federation account. The 36 states take 26.72 per cent, while the balance of 20.60 per cent is handed to the 774 local governments in the country. See ALLOCATION OF REVENUE (FEDERATION ACCOUNT ETC.) ACT, 2003.

It suffices to add that since independence, the revue sharing formula can neither be said to be equitable nor efficient as the internal revenues generated by each state is largely dependent on civilization, population, infrastructural development and number of foreign investments in the state.

On the lowest rung of the ladder are Ekiti with ₦25 billion, Gombe ₦21.7 billion and Osun ₦20.2 billion.

It is therefore apparent that the ability of various states to pay the ₦30,000.00 minimum wage would only be dependent on the revenue generated by it. It is also clear that some states, especially the ones on the lowest rung of the ladder of IGR may find it difficult to implement the payment of the minimum wage, hence the need for the review of the sharing formula in order to make room for equal distribution of wealth among the various states in the Federation.

As stated above, in a federation, the three tiers of government, namely- federal, state and local government there exist elements of autonomy.

More importantly, in recognition of the distinction between the State Governments and the Local Government Councils and their respective funds, the constitution provides in Section 162(6) thereof that:

“Each State shall maintain a special account to be called “State Joint Local Government Account” into which shall be paid all allocations to the local government councils of the State from the Federation Account and from the Government of the State.

It is important to point to the attention of the public the provisions of Section 7 of the Monitoring of Revenue Allocation to Local Governments Act (2005) which provides as follows:

(3) Any person who acts in contravention of the provisions of subsection (1) of this section, commits an offence and is liable on conviction to a fine twice the amount altered, deducted or re-allocated illegally, or imprisonment for a term of five years, or to both such fine and imprisonment.”

Thus, in this regards any non-remittance of all the funds due to the Local Government Councils from the Federation Account directly into the State Joint Local Government Account is unconstitutional, illegal and null and void.

Globally, most third world and developing countries are faced with the scarcity of funds to finance major infrastructure projects. Meanwhile, in the Nigerian case, most states have basically resorted to debt financing, with little or no effort to improve their internal revenue base.

From the lucent facts above, it is no doubt that high debts always serve as barriers to economic growth of any state. Hence, the imperative to urgently review the sharing formula in the light of the economic realities and high profile debt ratio of various states of the federation as same is long overdue.

On the financial autonomy of the local governments, the Author recommends that the Lacuna created by the Constitution should be filled by providing a well-defined autonomy to the Local Governments in the Federation.

Furthermore, the various regulatory bodies should ensure that funds accruable to the Local Governments are not diverted by the State Governments for any other purposes as prescribed by relevant laws.

*Dr. Ajulo is the Managing Partner of Castle of Law & Chairman, Egalitarian Mission for Africa. 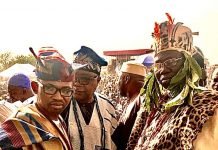 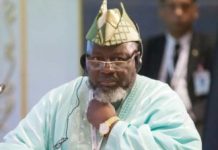 You are entitle to your opinion Oyo Speaker replies Minister of... 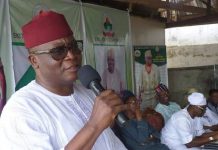 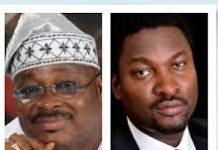 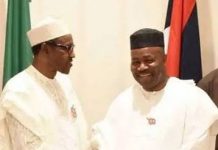