The Pegasus President Muhammed Buhari rode to victory in the 2015 presidential election carried a placard with the slogan “Change”. This campaign slogan began as a whisper, became a promise turned to a wind and blew across the country and became a tsunami which blows PDP away after sixteen years of tyranny and pillage. When PMB won, it sent shivers down the spine of corrupt people, but he failed to capitalize on that as he went sloppy. APC cracked when Bukola Saraki plot his ascendancy as Senate President with PDP ditching the decision of his party hierarchy. Since the emergence of PMB, Nigerian economy has continue to dwindle no thanks to global oil price short fall, but poor decision making and inconsistency on the side of the federal government call to question the strong impression showed by PMB during campaign which made expectation from Nigerians very high. In this essay, we shall examine what transpired in 2016 and what should be done to make 2017 a better year for Nigerians.

Many have argued PMB lacked intellectual complexities required if the position he is occupying, he began to prove them right the manner he handled fuel pump price like. Without doubt, fuel pump price like comes with every new administrations in Nigeria except for late president Umaru Musa Yaradua. Scarcity bite for months before bench mark was pegged to 145naira, a whopping amount for a litre of oil by Nigeria oil producing standard. The economic hardship and implication that mapped out can’t be cartographed. The rise in exchange rate, bite tooth and nail, following fall in the quality of naira. Nigerians pay higher to purchase dollars and trade in international market. The impact was a serious inflation for an import dependent economy. Nigeria being a mono-economy (oil-reliant) worsen situation as other sectors such as agriculture are in comatose.

The year 2016 witnessed a spillover from 2015; non-payment of salaries by state governments who claimed monthly allocations from federal government had been reduced. The life of opulence and affluence by these governors and their political associate was in stark contrast to this. Buhari’s anti-corruption crusade appeared to be the most shocking, several arrests were made but none has been prosecuted. Socrates, renowned Greek philosopher said, “… you must of all think about such things as the meaning of justice and the function of a state”. Anti-corruption was handled with kid gloves, and became a veritable tool to persecute oppositions rather than truly prosecute corrupt government officials as was claimed from some quarters.

Constant bombing of oil pipe-lines by Niger-Delta militants who came in different splinter groups also featured strongly in 2016. Their aim clearly was to bring Nigerian economy to its knell; we all know when crude oil exploration in Nigerian economy catches cold. Attempt made by PMB and his cohorts to bring them to the round table failed as they claimed were not truly represented so grievances was not heard. Boko Haram insurgents released some grits believed to have been kidnapped at Chibok; government forces claimed had occupied Sambisa forest (A forest book Haram found shelter). It is hard to determine where the rest of the grits are while government forces continue to comb Sambisa forest. The reunion of the few girls released with their family from Boko Haram bandage beacon a glimpse of hope the remaining could be found.

In the calculated attempt to wipe out Boko Haram insurgency, one cannot take it away from PMB; he had demonstrated high level of commitment going by records of victories and occupation of Sambisa forest by Nigerian forces. But Shekau has become a creature of perpetual resurrection when he resurfaced on new video posted online. Where PMB shocked me was how he handled the Shitte crisis in Kaduna. I believe we are mortals and prone to mistakes, but PMB became too extravagant in his weakness. The killing in Kaduna was underreported and PMB made no statement concerning that. Militants could have sent Nigerians to the deep end of the pool had their plan to blow up third mankind bridge succeeded. Thanks to effective response by law enforcement agents under the leadership of Baki Yari. Lagos, the fifth fastest growing city in Africa could have experienced a terrible set back.

Furthermore, APC intra-party conflict which began immediately after 2015 election spilled over into 2016 in a more disheartening fashion. It should be clear to APC hierarchy that betrayal is a sin committed not only by Angels when Bukola Saraki like a pig went back to his dirt as he gets into bed with PDP to assume Senate Presidency. This oddities in the hallow chambers produced Senator Dino Milaye who became popular for all the wrong reasons. Dino Milaye’s face-off with Oluremi Tinubu a fellow Senator within APC and his personal historic visit t Bourdillon showed he need to commit all efforts and resources to defending his sanity. APC appeared to be doing the job of the opposition for them, a weakling opposition.

The recent whistle-blower, Mumini Jibril, the former chairman house bill on appropriation accused PMB to have lost the grip on government Bukola Saraki when facing code of Tribunal also claimed Buhari’s is on a auto-pilot. The last straw that broke the camel’s back was when it came from PMB’s bedroom, Aisha Buhari and PMB chose to wash their dirty linen in public. Aisha budded some crops of individuals are running rings Buhari when she granted interview to BBC Hausa in London while PMB responded in Germany. To my utmost dismay, PMB did an image laundry for both Yakubu Dagara (who is being accused of Budget Padding by Muimini Jabril) and Bukola Saraki (who is under trial at the CCT) when he attended their birthday celebration respectively and described one as youthful and setting worthwhile example while the other was said to be one of the influential Nigerians. All these showed PMB is playing politics of survival; this is not Buhari Nigerians hoped to see after the election of March, 2015.

Moreover, the only opposition party in Nigeria is a force. PDP has engaged itself more than the opposition. The implosion of the party gave room for the emergence of the APC. Power tussle between Modu Sheriff and Makafi divided the party more than ever. A party that has failed in its role as opposition battles in court over leadership. Fayose remains the only voice from PDP quarters, it would have been better if he is not characterizing a functioning lunatic, with tone often laced with political rhetoric, messages insanely vague and utterances, appearances and disposition all short of anything close to a governor or any political figure holding sensitive position. If someone like Fayose is all democracy could offer we better have something else, with him, all codes and democratic signatures are violated (Abraham Lincoln would have turned in his grave when Fayose forced election of a speaker 6-19 votes at Ekiti State Legislature) PDP need to put its house in order to function like a real opposition.

PROSPECT AND EXPECTATIONS IN 2017

The year 2016 with all its misgivings are gone, Nigerian government must by all means of de-emphasize political rhetoric and stop trading blames with opposition party (PDP). Government should lay emphasis on people and their capabilities as the ultimate criteria for assessing development in the country, not economic growth alone as often claimed by government ranking officers. Government should use Human Development Index (HDI) to determine national policy choices. How could two countries with the same level of gross national income per capita can end up with different human development outcomes? These are the contrasts that should stimulate debate about government policy priorities.

It is relevant for government to focus on key dimensions of human development; long and healthy life, being knowledgeable, have a decent standard of living and reviving agricultural sector which is like double-edge sword; can solve problem of unemployment and  also increasing food production and exportation. Any responsible government must by all means set objectives not on all sectors considering the level of carnage done to economy such as that of Nigeria, but what can be achieved within specific sector within realistic and pragmatic angle. Nigerians are not demanding perfection, we all want progress.

Government must commit resources to taking youth out of the street, giving them job and empowerment through different mediums. However, this cannot be achieved unless there is an enabling environment which can culminate into success of aforementioned plans. Programs designed by government on economic policy choices to lift the country out of the problem of recession should not be perfect on paper and unrealistic in implementation. The central objective of every government is to provide people with care and security. These come with sound health facilities, employment opportunity and good education system.

2017 must be a year of true change in all facets, but real success with impact reflecting on the downtrodden and those at the bottom-rung of the social and economic strata should be priority.

Amao Babatunde is a tutor, author and Diplomatic Historian 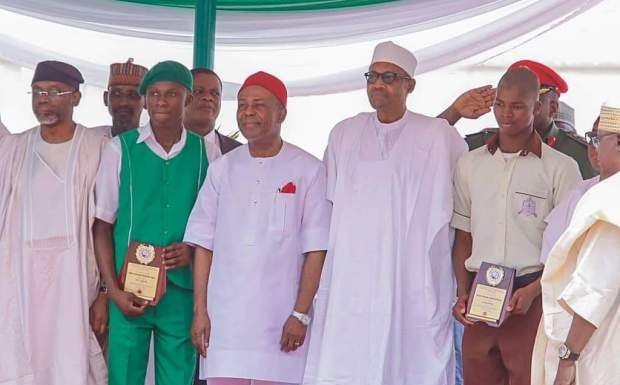