The Oyo House of Assembly has called on the state government to guard against indiscriminate siting of cooking gas retail outlets close to residences across the state.

This was part of the prayers of member representing Ogbomoso North Constituency, Honourable Wumi Oladeji in a motion titled, “Curbing Indiscriminate siting of Cooking Gas Retail Outlets in Oyo State Through Proper Planning” at Thursday’s plenary.

Oladeji pointed to the proliferation of cooking gas retail outlets on roadsides and streets aside from residential areas in the state which resulted in several incidences of gas explosions in homes and industries.

Pointing to statistics by the National Emergency Management Agency (NEMA) that ninety percent of such incidents are caused by human negligence and personal habits, Oladeji said it was high time there was increase in the rate of fire outbreaks.

Among others, the Honourable Micheal Adeyemo led Assembly said it was expedient for the state government to mandate gas retail outlets to install safety equipment and measures.

Furthermore, the Assembly asked the bureau of physical planning development and control to regularly inspect locations where cooking gas retail outlets are sited and also carry out Environmental Impact Assessment before granting approval to such outlets.

This is as the Assembly asked the state government to ensure that owners of gas retail outlets in Oyo state imbibed the culture of subscribing to insurance and indemnities to cover and minimize losses in terms of human being and properties from gas explosions.

This is as the motion advocated the need for staff of the state’s fire service department of the state be trained to respond more efficiently during fire outbreaks. 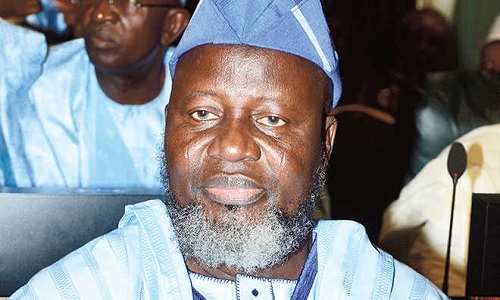 “I am not joining politics for money but to serve” –...