The clamour for Oke Ogun to produce the next governor of oyo state is reaching its crescendo, people of the region are becoming conscious of the need to have their son as a governor and effort are ongoing by leaders of thought from the region to  ensure a consensus  candidate  represent  the region in the race.  About six leading politicians  from the region have signified their interest in taking over from Ajimobi as the next governor of the state and here is what you need to know about them….

Professor Adeolu  Akande,  A professor of Political science  and  Journalist, he is currently the chairman NIITDA an Agency under the ministry of Communications. The Otu Born  political scientists and Lead consultant at Image Edge Ltd was a Media Adviser to former Vice president Atiku Abubakar, former  Chief of Staff to Senator Abiola Ajimobi , the executive Governor of Oyo state and a consultant to multinational companies, politicians and others.  Akande believes that it is time to be part of decision making and not sitting at a corner advising politician. He is of the view that as a governor he can influence so many positive changes in the state and make Oyo state a better state. Akande is in his fifties

The igboho born politician is a retired civil servant, he  was the  Chairman Oyo state Road Maintenance Agency,  he is also into construction and engineering services,   Olaniyan is one of the leading world bank contractors in Nigeria. His campaign slogan” Humanitarian  to the core” speaks well of his philantrophical  gesture and support for the downtrodden.  Olaniyan who rose from grass to grace   was a close allied to Senator Rasheed Ladoja , infact he was said to be one of the major financial of the Accord Party but he parted his way with Ladoja and Accord party in 2016 to  join the All Progressives Congress APC, where he intends to contest as Governor of Oyo state . Olaniyan  is in his sixties

Chief Alake Adeyemo is the Deputy Governor of Oyo state, he is the longest serving deputy governor of the state,  being a loyal and committed   vice of Senator Abiola Ajimobi, the executive governor. The retired Banker  is from Ogbooro,   His decision to joined the guber race from Oke Ogun  was a surprise to many politicians, especially those who have been considering him as their godfather, and since he joined  the race he has been making move  to secure people’s support  and he is determined  to succeed his boss as the governor, Though he express optimism that the region will  choose a consensus candidate and he believes he is the one because he is the most experienced  politicians among those in the race. He is in his sixties 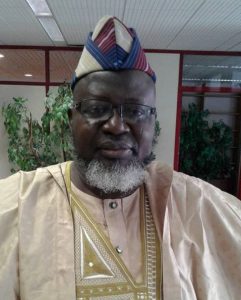 Barrister Adebayo Shittu a lawyer and serving minister of  Communications  is from Saki,  he has been throwing his hat into the gubernatorial ring in the state for over ten years, he  was the youngest member of the House of Assembly in the old Oyo in 1979, Bayo Shiitu has been a progressives  since his early days in politics,  his decision to toe the progressive path is  not far from the connection with Chief Obafemi Awolowo,  progressives  ideologies and the vision to  serve the masses and help the society to grow.   “With a campaign slogan the Bayo You can trust” Adebayo shittu   who joined APC from CPC contested against Akala and Ajimobi in 2011, and in 2015 he challenged the choice of Sen. Ajimobi in court as the APC flag bearer. The minister was appointed by President Buhari in 2016 and has since been doing his best in changing the face of communications in Nigeria and promoting the Buhari led APC government. He uses every opportunity to address people to promote his mission in politics, gubernatorial ambition and the need to support President Muhammadu Buhari in 2019. Shitu Is in his sixties .

Debo Adesina, is one of the most outstanding Journalist in Nigeria,  a former editor with the Guardian Newspaper. The Okaka  born, journalist  cum politician have a resounding relationship with Asiwaju Bola Tinubu ,  Ogbeni Rauf Aregbesola  and many  leaders of the All Progressives Congress in the country. Adesina who is now delivering papers on journalism and related discipline around the world conceived the idea of ruling the state some years ago, he has a blueprint where he spell out everything Oyo state needs to develop, his plans and vision for the state is humongous and if allowed may be one of the best thing to happen to the state. Obviously Adesina is not grounded politically in the state , not many people are aware that such a brilliant chap is from Okaka, in Oke Ogun area of the state. He is in his fifties

Omodewu, a commissioner for Lands, Housing and Survey in the state, he is one of the loyal and committee aides of Ajimobi. Omodewu, from Otu in Itesiwaju local government has not   declared his intention yet, open but he has been making some underground move, consulting people and wining them to his side, Omodewu is accessible and simple; he has been active in progressive politics for decades, even while abroad he still contributes greatly to the advancement of the party at home. His political profile is moderate and he is in his fifties. 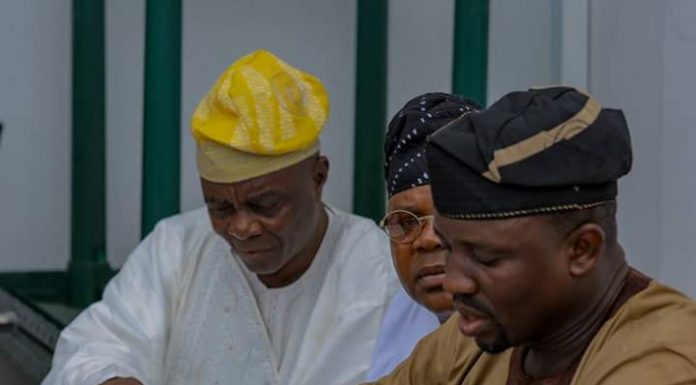