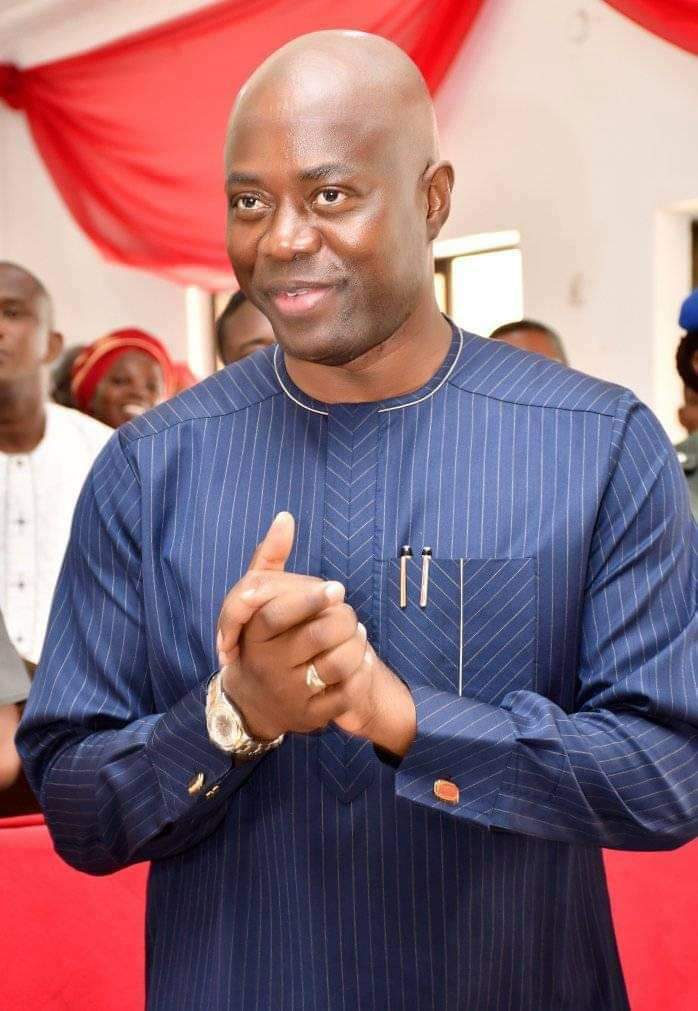 Great things don’t happen immediately, but where efforts towards improving the standard of living are channelled, life becomes better even more as the light of each day avail itself.

Governance is an herculean task but not because the interest of many people per time must be met, it is because while you are focusing on one area for the benefits of all, somewhere, somehow, so much of you is also being desired almost around the same moment and that is why it takes not just anyone to successfully lead the people, but someone, who irrespective of any distraction or arising storms, is determined to serve and sail through.

One of the attributes of a purposeful leadership as exemplified atop is focus and it is mainly those who see it as a core value that have a lasting legacy and a sustainable achievement to leave behind.

It is though a fact that every single day has its own benefits and troubles and where there are people desiring to be in the same place you occupied, they are bound to go extra miles not only to discredit every good in you but also to make the people see it their ways so that attaining that which you hold can get to become theirs. But one good thing about sustainable goals is that they are too evident to claim that they do not exist.

The Engineer Oluseyi Makinde led administration so far has demonstrated what a true government of the people should be by being magnanimous and matured to accommodate even members of the so called opposition in administering the affairs of the state which makes it the first of its kind since the advent of democratic rule in Oyo.

It will be too bad of anyone to deny the new dawn in the state education sector which even with the pandemic currently ravaging the world continues to thrive with the kind of brilliant initiatives being introduced to keep our children abreast and access all the materials needed for study. The most beautiful part of this is that it costs just as low as N5 and it is available and accessible for every child irrespective of backgrounds or financial status of the parents.

In the Oyo state of now, there is also no more need for a child or the parents to unnecessarily queue at the bank(s) for any payment in the name of school except they go for personal transactions and if you recall how it was till early last year, this was of course a must for all or else your children forget about education.

It is of importance to note that you no longer owe a child in the pubic school than food again today in Oyo state as the government is taking responsibility for essentials like books and chairs, while teachers are being motivated by having their salaries even before the close of a month and with the construction of schools going on everywhere, there is a sigh of relief that every child will study now in the comfort of a conducive environment.

In eradicating discrimination against the special people, (disabled), the Oluseyi Makinde led government has done the most unusual. While a commission to look into the plights of the disabled was being considered to be put in place, the governor took a step forward by enlisting these special people to be part of the government which became more evident in his proclamation that at least a disabled be included in the governing list of each local government round about the state. There also is a steady effort to build centres across the state for these special people, train those who can be trained among them and empower them accordingly. This means that very soon, no disabled will have reasons to beg or endanger their lives again by the road sides.

This very same administration in the last one year had paid the backlog of gratuities and pensions which since many years were held unpaid. I had a personal testimony from a friend whose mother died on active service in and for more than 15 years the family couldn’t get the mother’s entitlement. He made bold to tell me they got it within two months of Seyi Makinde in office and the same is the testimony of many others too round about the state.

Of course, salary is never an achievement of any government to claim but where there was once a beat of hunger for non payment of salaries, people get to appreciate he who makes regular payment a priority and that is why Seyi Makinde’s government for that is being applauded, because even with the cut down in the monthly allocation by 60%, this enigma, rather than owing the workers, cut down the salaries of his appointees which shows a passion beyond words. He could have hid under the obvious economic mess and have a good reason to not pay, but he prioritized the welfare of the people knowing that each worker has a family to feed.

Security of lives and properties is not limited to mere making arrest of offenders hence the reason the Seyi Makinde led government deserves applaud by providing necessary materials/apparatus for better performance. Gone are the days the police will claim there is no vehicle to reach a crime scene, now there is more than enough and even numbers to call in case of emergencies. One can now boldly walk around the public places at night because there are working street lights every night.

Notable works are all around the state are going on and I am sure people around Apete who could spend hours on the road due to poor roads today have a testimony of a good change. The same with Moniya and many other places which am sure in no distant time the whole state will proudly have better roads to herself.

It didn’t take Rome a day to be built but efforts of many sleepless nights and time. A better Oyo State of our dream is achievable and we are confident that this is the very time we all have been waiting for.