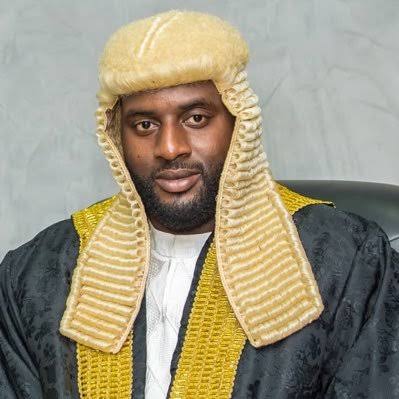 Speaker of the Oyo state House of Assembly, Rt. Hon. Debo Ogundoyin, said the administration of the immediate past governor of the state, Late Abiola Ajimobi, awarded about 20 contracts worth over N10 billion  on water supply yet there is no water.

Speaking on Tuesday, the Oyo Speaker revealed that, as a result of this, the  State House of Assembly has declared a state of emergency on water projects in the State, and had summoned contractors and officials of the water corporation.

The State lawmakers made this decision on Tuesday after the house received a comprehensive report from the Ad-hoc committee on water resources that embarked on oversight visits to water projects across the State.

According to the report presented by the Chairman of the committee, Hon. Abdullah Abdulrasak representing Ibadan South East 1, the Oyo State Government led by the late Senator Abiola Ajimobi embarked on about 20 water projects at accumulative cost of over N10 billion but none is completed till date.

According to Ogundoyin, despite the fact that the Ajimobi led government mismanaged the State’s limited resources especially in the water supply sector no one has been held responsible.

He said, “Why will a government embark on about 20 projects and you cannot complete just one of them.

“Why not work on five instead and complete it. Now, most equipment bought with billions of Naira are rotting away somewhere in the bush or buildings under construction.

“I visited Eruwa water works where N97.6million was awarded during my town hall meeting last year, but I only see generating set and decaying facilities.

“Our people do not enjoy water supply. We are declaring a State of emergency in the water sector, because this situation is pathetic. We want the water corporation agency to be more responsible and ensuring lot is done to complete some of these projects during the tenure.

In his words, Honourable representing Oyo East, Hon. Ashimiru Alarape commend the report while describing it as very revealing.