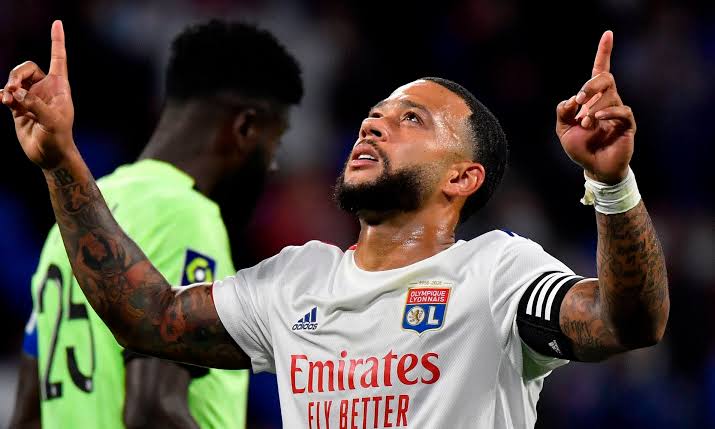 14
SHARES
2k
VIEWS
Share on FacebookShare on TwitterShare on WhatsApp

President of Olympique Lyon, Jean – Michel Aulas had maintained that Barca could not afford to sign its star player, Memphis Depay due to negative effect on their finance by the COVID-19 pandemic.

Depay looked set to be reunited with Ronald Koeman at Barcelona, but that prospect now appears more distant after claims from by Olympique Lyon.

The dramatic twist on Tuesday evening followed reports that Depay was set to leave Lyon and be reunited with Ronald Koeman at Camp Nou.

The striker looked set to move to Spain in a deal costing Barcelona in the region of 25-30 million euros, various reports indicated.

Yet the deal now looks to be off, with Aulas declaring Barcelona president Josep Maria Bartomeu personally told him the Catalan giants were in no position to make an offer.

In a Twitter message, Aulas pointed to a report from Dutch newspaper, De Telegraaf that suggested a 30 million euro move for the 26-year-old was in the offing.

Aulas wrote: “The president of Barça indicated to me on Sunday that Barça were suffering a lot from the Covid crisis and didn’t have the possibility to make an offer. #memphis”

Barcelona’s annual losses close to 300M
Bartomeu recently said Barcelona faced losing around 30 per cent of their budgeted income because of the coronavirus pandemic, with that figure likely to equate to somewhere close to 300 million euros.

Depay has scored 46 goals in 103 Ligue 1 games for Lyon, Opta statistics show, since joining from Manchester United in the January 2017 transfer window.

"Salah’s Mentality Sets Him Apart From The Rest" - Gary Neville