Lessons From Hannah. By Bisi Adeleye-Fayemi 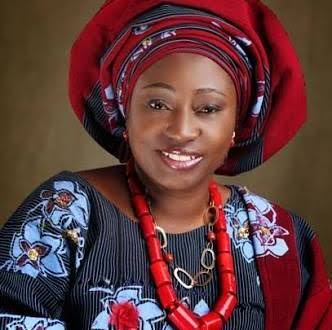 I have an older friend who is from Zimbabwe. I will call her Hannah. She fought in the Zimbabwe liberation war in the 1970s. Then she was a young girl, but she experienced things people thrice her age could not even imagine. When the war was over and Zimbabwe became an independent nation State in 1980, she managed to go back to school to train as a Social Worker. The political movement she had served all her life was now in power through the political party ZANU-PF.

Things got a bit better for people in her country, but not for women. Women were still the poorest of the poor. Women were still victims of gender-based violence. Women could not inherit land. Women did not have much of a voice in decision making. The liberation struggles in the frontline states in the 1970s and 80s – South Africa, Zimbabwe, Namibia, Mozambique, Angola and others caused massive upheavals in the Southern Africa region. This helped aid the spread of HIV/AIDS, as people moved from one part of the region to another, fleeing conflict as refugees or looking for work as migrants. When the HIV/AIDS pandemic hit, not only were women the most vulnerable to infection, they were the ones who had to care for sick members of their families. Entire households were wiped out, often leaving frail grandmothers to look after grandchildren, or worse still, children looking after children. Hannah and women like her had their hands full.

Hannah became a Member of Parliament in Zimbabwe. However, she refused to toe the party line all the time. She did not want to do business as usual. She wanted the government to be accountable to the people, especially women. Many of the people she was in parliament with had not been freedom fighters. They had been studying in elite schools abroad during the liberation wars. When all was safe and good, they came back home and rode to power on the back of a struggle women like Hannah had almost lost their lives for. They did not understand why Hannah was always ‘angry’, and ‘stubborn’. Why could she not be like the other women, quiet and amenable? Hannah left the comfort of her familiar political terrain and joined the opposition. Leaving the safety of her old party left Hannah vulnerable to attacks.

Bisi Adeleye-Fayemi is a Gender Specialist, Social Entrepreneur and Writer. She is the Founder of Abovewhispers.com, an online community for women. She can be reached at BAF@abovewhispers.com

Buhari Will Win With 65%- Group