The Joint Admissions and Matriculation Board (JAMB) has on Monday explained that admissions would be given only to qualified candidates who applied for courses into the various institutions of the country.

The board reiterated this in its Vol. 1, No 13 weekly Bulletin of the Office of the Registrar and made available to the Newsmen on Monday in Abuja.

It described as misleading and erroneous, the information being circulated that over 50 per cent of candidates who yearly apply for admissions into various institutions, were not admitted.

It also decried the reports that every year, after the conduct of the Unified Tertiary and Universities Examination (UTME), where millions of candidates apply, barely 20 per cent get admitted.

“The truth is that admissions can only be given to qualified candidates, hence, any figure being bandied around should equally be based on the total number of candidates who applied and are qualified.

“It will be an unfortunate postulation if the candidates who do not have any basis to be considered for admissions to any tier of the nation’s tertiary institutions are also included in the final tabulation of candidates admitted.

“Given this scenario, it will be absurd for any narrative to assume huge admission backlogs without first considering whether the candidates that are not admitted are actually qualified for the courses they applied for.”

The board noted that in 2018, a total of 1,793,018 candidates applied for admissions into various academic programmes of 849 institutions in the country, with 140,020 applying through Direct Entry (DE).

It added that when the candidates were categorised according to UTME scores and O’Level credit passes, it was discovered that only 1,245,939 scored 100 and above out of 400 obtainable marks in the UTME and also had five O’Level credits.

“That is five credits in addition to Mathematics and English Language.
“The 100 cut-off mark in UTME is not an admissible score for most institutions apart from the Innovative Enterprise Institutions (IEIs) which award the National Innovative Diploma (NID).

“To be considered for admission into most of the nation’s higher institutions, a score of at least 140 and above would be required.

“Based on this consideration, only 1,168,948 candidates had five O’Level credits in Maths and English Language and also scored 140 and above in their UTME,” the board stated.
It explained further that based on the above category of candidates, as recommended by the various institutions, the board approved admissions of 570,089 candidates into the various schools.
The board, however, said that it was important to note that it had never admitted less than 60 per cent of the total number of candidates who qualify for admissions in any given year, adding that the reports about the number of admitted candidates were misplaced.

It added that there were always programmes with vacancies at some of the schools, even at the close of admission exercise. 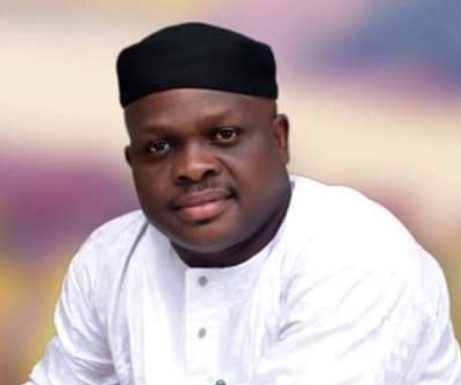 Members of Unity Forum Mocks Hon. Fijabi Over Ajimobi’s Consideration for Another Aspirant