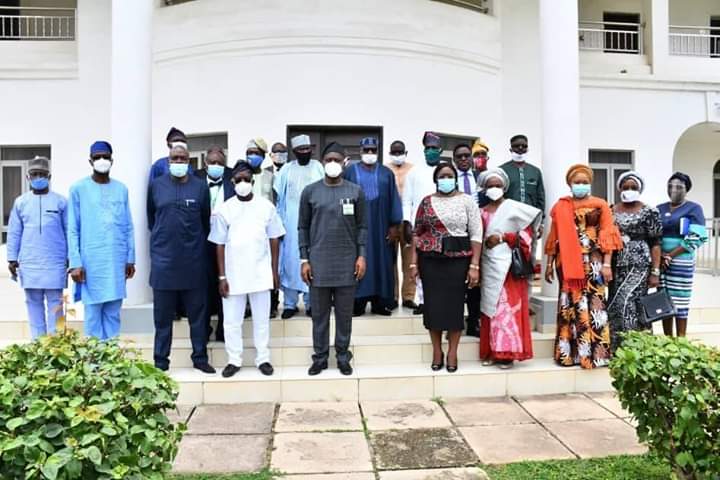 Makinde noted that in as much the state continues the drive towards the expansion of the economy, most of the institutions would also benefit from it and would become stable. GOALPOACHER NEWS quoted Makinde as saying, ” some of the issues that affect Tertiary Institutions in Oyo State, some of you would have noticed that we have the issue of quality assurance, effective teaching methods and efficiency in running the system.”

“This administration believes that the chairmen will do excellent job in ensuring that these institutions would be put in the right direction. If we have any iota of doubt, you won’t be seated where you are right now, so we have absolute confidence in your ability and your capacity to key into the aspirations of this government. Education is one of the four pillars of this administration and we expect you to do excellent jobs.”

“As an administration, we are aware that you would face challenges and we are ready to offer assistance, please come to us if you face any issue that you think is beyond the governing council. I know that at Adeseun Ogundoyin Polytechnic Eruwa has issues with accreditation of courses there are students out there that were unable to be mobilized for the National Youths Service (NYSC), because their courses were not accredited.” Makinde noted that issues of staffing and conditions of infrastructure on those campuses would be looked at, he assured them of maximum support. Speaking on the desire of Oyo State to own Ladoke Akintola University of Technology, the governor said Oyo is currently negotiating with Osun State. “The way LAUTECH has been run over the years is that from January to June, Oyo State would take up the responsibility of paying the subventions to the institution while Osun would pay from July to December. ” Since we expressed the desire to own the school, we don’t want any situation where the challenges that the school experienced in the past would continue. The two states decided that we would continue to pay subventions to the school. For the month of July, we have released their subvention on the 25th of July. “This is a demonstration of our commitment to see that LAUTECH survives and I am very optimistic that reason would will prevail at the end and we will achieve the objective of sole ownership of LAUTECH very soon.”

Speaking on the criticisms that trailed the composition of the boards of Tertiary Institutions governing councils that there were more Christians than Muslims as chairmen, makinde said he wouldn’t have noticed because the chairmen were nominated by the Joint Action Committee. “During my electioneering campaign at Oyo, I met with the JAC, I assure them we would form an administration that would be inclusive, stakeholders in all sectors would be given the opportunity to contribute. If we want to make progress, we have to listen to the people that have been in that position over the years and they know the challenges that particular sector has been facing over the years.”
“We called them, they sat down, they nominated their names. I wonder if how it would sound if I rejected a particular name because he is a Christian. I believe we will continue to make progress in the society when we stop looking at people through the length of ethnicity, religion and start paying attention to competence. After your nominations, I checked some of you out and I am glad to say that everybody seated here, you are competent to occupy these positions. I believe things will balance itself out, people trying to divide us through religion, they seriously need to look for something else to do.”

Responding on behalf of others, chairman of governing board, College of Education, Lanlate, Dr Bisi Ojebola assured the board would work in accordance with its mandate and endenger needed educational transformation in the state.

In a related development, Governor Seyi Makinde sworn in a new Permanent Secretary for the state local government pension board, Comrade Titilola Sodo with a charge to all actors to work together for the progress of the state, as Comrade Sodo equally promised to faithfully discharge the new responsibility bestowed on him. 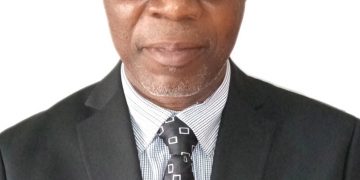