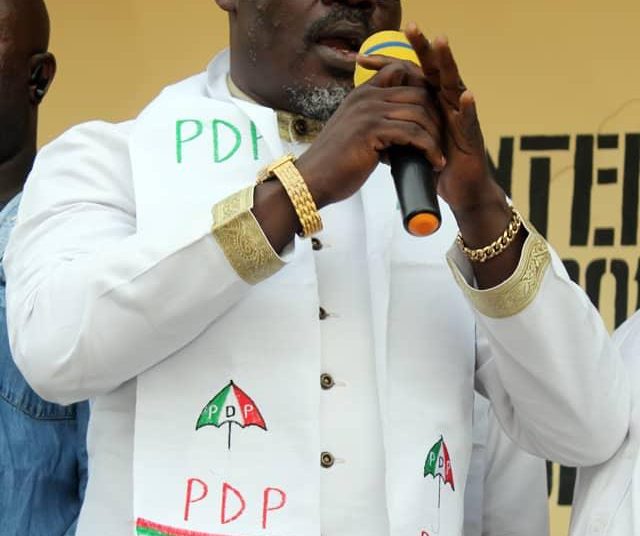 267
SHARES
3.8k
VIEWS
Share on FacebookShare on TwitterShare on WhatsApp

Load More
A chieftain of the Accord political party in Oyo State, Hon. Opeyemi Fatola has disclosed how his decision to join the ruling Peoples Democratic Party (PDP) was influenced by the excellent performance of the Oyo State Governor, Engineer Seyi Makinde.
Fatoladisclosed this during an official declaration ceremony  at the PDP Local Government (Ibadan South West) meeting held on Wednesday, November 18th, 2020 at the UMC School, Molete, Ibadan.
While addressing party members and his followers, he said that his objective is to support Governor Seyi Makinde to consolidate on his achievements and ensure PDP remains in power beyond 2023.
Hon. Fatola, who was received by the state and local government executive of PDP  led by Chief Kunmi Mustapha, stated that the leadership approach of Governor Makinde has changed the political narrative in Oyo State.
He added that the Governor’s approach towards the fight against coronavirus and ENDSARS protest in Oyo State deserve commendation.
According to the real estate consultant, “it is all about supporting the vision of Governor Seyi Makinde, I love what he is doing and that is one thing that informed my decision to join the party. I saw a new PDP, I saw young generation of politicians, I saw a young man in power, look at the two crises that almost engulfed the whole world, the coronavirus and the ENDSARS, he is the only governor that managed them well.”
The former Accord member condemned President Muhammadu Buhari’s APC led government for subjecting Nigerians into poverty. He said people should be ready to tell the APC to shift in 2023 general elections .
“It is not about sentiment or proving a point to anyone, it is about self fulfilment, it is about service to humanity, PDP is the only true national party and it is the only party that represents my vision.
“We all know what APC change has brought us in Nigeria, from N87 to N175 that is the fuel price, from N175 to N470 that is exchange rate of dollar. That is change they had told us, but now, we are going to tell them to them in one voice that comes 2023 they are going to shift,” Hon. Fatola said.
Speaking about his ambition,  Fatola hinted that he is yet to decide on what the future holds for him politically, rather he is in PDP to give his backing to the administration of Governor Seyi Makinde.
“This is where destiny has placed me, this is where I believe I rightly belong. We are formally joining the party today, we are not telling anybody that we are contesting for anything, it is all about supporting the vision of Governor Seyi Makinde.” Hon. Fatola submitted.
Receiving the decampees on behalf of the chairman, PDP Public Relations Officer, Akeem Olatunji, said that there is no faction in the party, saying that Governor Seyi Makinde remains the leader both in the state and in the whole South West.
He charged all members to see themselves as one and fight for the common goal, which is to promote the party agenda.
The Chairman described Hon. Fatola as a well known politician, which his addition will bring more development to the party.Part of the highlights of the event was the presentation of gift to the wife of late Ibadan political warlord, Alhaja Bose Adedibu, in celebration of her new position as PDP Women Leader for South West geo-political zone.
In attendance were PDP Ibadan South West Chairman, Hon. Balogun Morufu, Chief Kikelomo Sogbesan (Mukeso), Hon. Wale Afolabi and Engr. Adebayo and many other party chieftains.