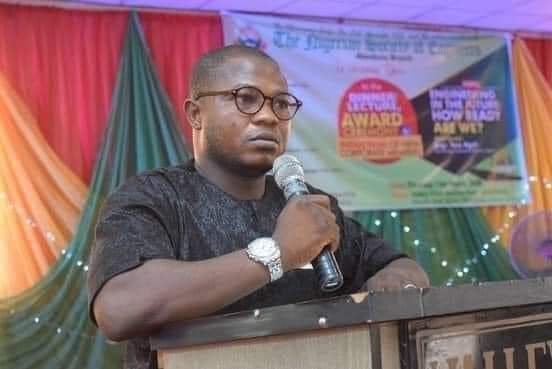 325
SHARES
6.1k
VIEWS
Share on FacebookShare on TwitterShare on WhatsApp

Olayemi was allegedly murdered on his way home from campus where his assailants had laid ambush of him.

The Federal.lawmaker said he said he received with rude shock the gruesome murder of the Head of Electrical and Electronic Department of Adegbenro ICT Polytechnic Itori Ogun State.

.He was also an executive member of Nigeria Society of Engineers Ogun State Chapter.

While commiserating with his immediate family and the people of Saki, the Senator calls on the government of Ogun State under the able leadership of Prince Dapo Abiodun to set the law in motion in order to bring the perpetrators of this dastard act to book.