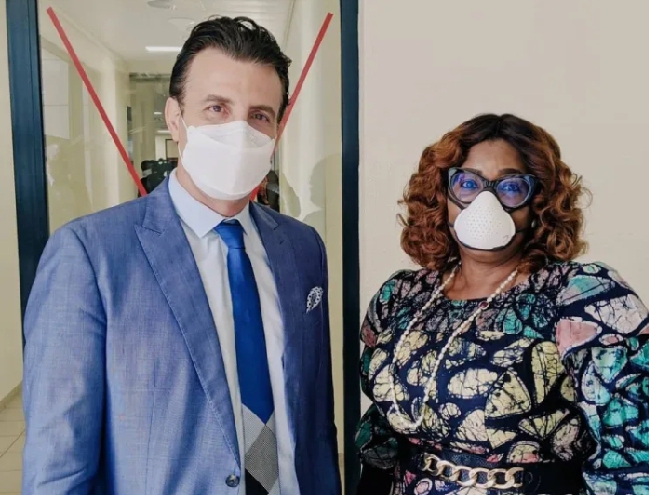 19
SHARES
4
VIEWS
Share on FacebookShare on TwitterShare on WhatsApp

The Chairperson, House of Representatives’ Committee on Diaspora Affairs, Hon. Tolulope Akande-Sadipe has said the informal meeting held with the Lebanese Ambassador to Nigeria, Diab Houssam yesterday was cordial, very constructive and set the stage for more collaboration, adding that the perceived walk-out was misconstrued.

The Ambassador, Diab Houssam was said to have arrived at the meeting venue around 11:00 am, but met journalists and some other government officials, including the Minister of State for Foreign Affairs, Zubairu Dada.

The chairperson said that the story circulating as to the Lebanese’s Ambassador storming out of the room was wrongfully presented. An executive session was not clearly presented to him by the foreign affairs Liaison officer and he stepped out of the meeting room not slamming any doors, to wait in the hallway till journalists were excused for the executive session.

In Hon. Akande-Sadipe’s words, “It was a misunderstanding; it was meant to be an informal meeting and the ambassador was not aware that even when we have our informal meetings it is documented.

Because of the law of diplomacy, he wasn’t expecting to have media there and it was immediately resolved that it was going to be an ‘executive session’.

The minister apologised on behalf of foreign affairs and the executive session commenced with all in attendance. Under Vienna convention an Ambassador cannot be summoned to a committee hearing and the initial presence of the media made it seem otherwise”.

She further said, “it was an informal meeting and the ambassador with his interest for long standing cordial relationship between Nigeria and Lebanon joined us to forge a continued progressive association and solutions to the issue of Temitope Ariwolo and the menace of human traficking

She appreciated journalists for their coverage, but enjoined them to avoid sensational headlines that are counter-productive.
She said, “Some of the headlines were clear distortion of the reality of what happened.”
“The session commenced and ended on a very cordial note, with a resolution to continue efforts to ensure that the long-standing positive relationship between the two nations continues, a stronger collaboration and a stronger resolve and commitment to end human trafficking.”