62
SHARES
3.7k
VIEWS
Share on FacebookShare on TwitterShare on WhatsApp

The Oyo State House of Assembly on Thursday, commenced the process of amending the law that established Ladoke Akintola University of Technology (LAUTECH), Ogbomoso, following the ceding of its ownership to Oyo State by the National Universities Commission (NUC).

Ladoke Akintola University of Technology, Ogbomoso Bill, 2020 passed through second reading at the floor of the House.

This development was sequel to a letter forwarded to the House by Governor Seyi Makinde on the need to enact a new bill that will make provision for the sole ownership of the university.

It will also lead to the revocation of joint ownership of the university. Speaker of the Assembly, Adebo Ogundoyin, lauded Makinde for forwarding the bill to the legislature, which according to him, will give necessary legal backing to the new status of LAUTECH, Ogbomoso.

In their deliberations, members commended the resolve of the Executive arm of government to make provision for the university to have multi-campuses across all the zones.

Some of the lawmakers agreed that establishing different campuses of the university across the state would help in enhancing socio-economic development and activities in those areas.

But the lawmaker  representing Ogbomosho North, Olawumi Oladeji while speaking at the bill  rejected the part seeking the change of status to militi-campus.

Oladeji said, there is no zone in Oyo State that does not have tertiary institutions and that it will be a great disservice to the people of Ogbomosho if the campus is degraded by splitting it into many campuses.

“The only thing that drives the economy of Ogbomosho is LAUTECH and if you are saying you want to move some faculties out to other zones, it will be tantamount to launching of economic war against my people and I reject in totality. Those who are clamouring that it should be sited in Oke-Ogun are doing so out of selfishness because they cannot say they don’t have presence of tertiary institution in their zone”. 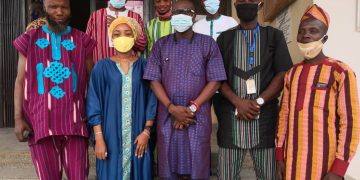