A  pastor of the Living Faith Church, Romi New Extension, in Kaduna State, Jeremiah Omolara was killed and his wife abducted by gunmen along Kaduna-Abuja

A source said the gunmen opened fire on their vehicle, killing the pastor on the spot. They later took the wife into the bush while their son flee.

The source added that the abductors were demanding N50m as ransom.

The Chairman of the state chapter of the Christian Association of Nigeria, Joseph Hayab,who  confirmed the incident  lamented the increasing rate of kidnappings in Kaduna, especially the abduction of men of God.

Hayab also said last Thursday the parish priest of Kasuwan Magani, in the Kajuru Local Government Area was attacked by gunmen at his residence, while his security guard was killed.

He added that in the same Kajuru LGA, a 13-year-old daughter of a Baptist pastor was abducted and the kidnappers  had been demanding a huge sum as for ransom.

Hayab said, “We feel strongly that the Federal Government and the Inspector-General of Police should do something about Kaduna.” 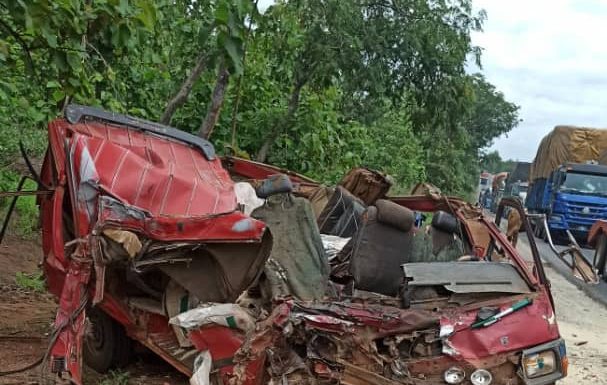