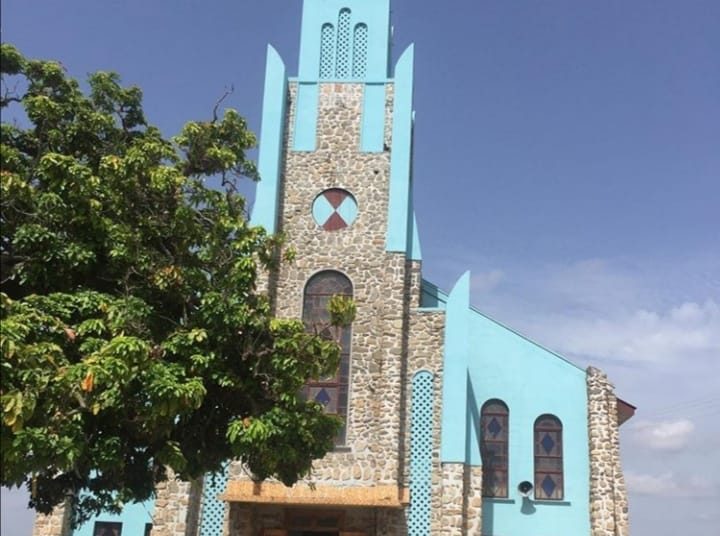 749
SHARES
8.7k
VIEWS
Share on FacebookShare on TwitterShare on WhatsApp

It was an excitement and glamour day as worshipers of First Baptist Church, Okelerin, Ogbomoso gathered on Sunday September 27, 2020 to appreciate God for landmark achievements of the ancient church. The church, stationed in heart beat of commercial city of Ogbomoso was suited at Oba Jimoh Oladunni Oyewumi Street, Okelerin, Ogbomoso. One cannot believe that the small church then has grown to what could be described as architect of many churches.

Anniversaries are worth celebrated and when it reaches a milestone of 135 years, it calls for rejoicing. Though, the celebration was in low key due to the observance of the social distancing demanded by the battle to free Nigeria of the ravaging/deadly COVID-19 pandemic. To mark the anniversary, all the church members wore white clothes of different designs and video documentary on church history was presented to the general public on that day.

To its credit, Okelerin First Baptist Church has through its social responsibilities and evangelism, won many souls to its fold. The church had in the past served as roll call to many churches and worshipers of faith, in relenting to the assignment giving to them and commandment of the Lord Jesus Christ, to preach the gospel across the world and win souls from going to hell, the church had established many ‘preaching stations’ across the globe.

Apart from these successful evangelistic labour of love that have placed the First Baptist Church, Okelerin, Ogbomoso, in an enviable class by itself, there is a unique administrative setup which should be a case study for those who are interested in a contextualize church administrative structure.

Another feature in the history of the First Baptist Church, Okelerin, Ogbomoso since its existence is the keen interest the church has in children ministry. The children ministry which was started by Mrs. George Green in the 18th century was taken over by WMS in 1906. By 1964, a separate children department had been erected and manned by teachers trained in Children Ministry at the Nigerian Baptist Theological Seminary, Ogbomoso.

One other unique note in the history of this church is the array of great names of ministers that shepherded the church these one hundred and six-five years of its existence. Following Thomas Jefferson Bowen who was the founding pastor, in 1855 down to the current pastor, Rev. (Dr.) Victor Oyelowo. The present pastor, Oyelowo doesn’t see himself as all in all. His open door policy help the smooth running of the church. Rev. Oyelowo allows the members of the church to bring their ideas to move the church forward. Whether one is youth or adult, whether wealthy or not too wealthy, his doors are open for those stuffed with ideas. Not surprisingly, the church is now a good example for Baptist Churches in Nigeria and beyond. Although, Satan and his hosts were not happy about the advancement of the God’s work. For this reason, the past years before the coming of Rev. Victor Oyelowo were cumbered with many challenges, difficulties and schism for First Baptist Church, Okelerin. It was a trying years for the church which was eventually overcome. It is significant say that the church came out of the storm more united, strong and progressive. God has been faithful. What has been known for First Baptist Church, Okelerin since 1855, consistently followed the teaching of Christ by going out “to teach all nations, baptising them in the name of the father, and of the son and of the Holy Spirit” Mathew 28:19 is very paramount in today’s activities of the church.

The church is strongly of the view that education is the key to building the nation. The church currently had strings of schools, namely Okelerin First Baptist Church Nursery and Primary School, Ogbomoso and Premier Baptist Academy, Pakiotan, Ogbomoso. At the same time, the church is one of the major financial contributors to Bowen University, Iwo, Osun State.

With all these good news, however, as First Baptist Church, Okelerin clocked 165 years September this year. I congratulate the minister-in-charge, and the entire members of the church. May this anniversary be a sign of the continued good work of the church. I hope and pray that, the good God will continue to strategically use Okelerin First Baptist Church, Ogbomoso for the spread of His kingdom. Amen!