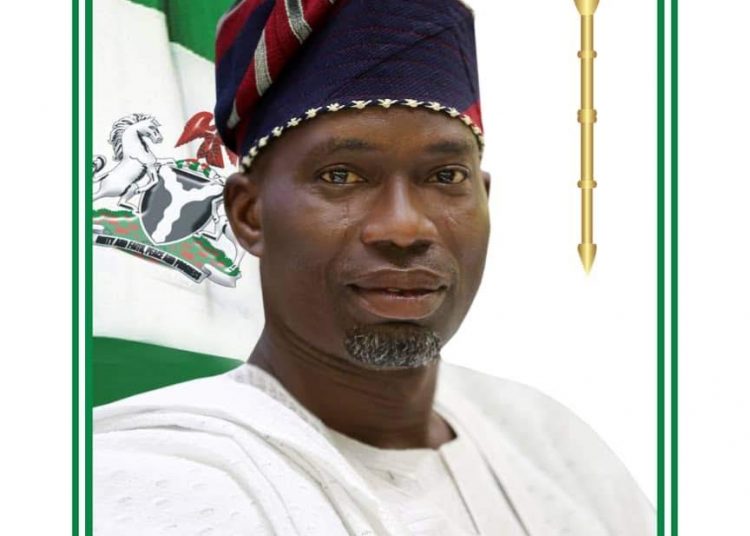 19
SHARES
4.9k
VIEWS
Share on FacebookShare on TwitterShare on WhatsApp

The Vice-Chairman of the House of Representatives Committee on Air Force, Honourable Abass Adigun, popularly called Agboworin, has called on President Muhammadu Buhari to urgently set up a youth unemployment benefit fund as part of ways to assuage the #EndSARS protesters.

Adigun, who represents Ibadan North-East/Ibadan South-East Federal Constituency, said such fund was not only long due, but made expedient by the “quality of demands coming from the youths currently engaged in the #EndSARS protest across the country.”

The Peoples Democratic Party (PDP) lawmaker suggested the initiative should be funded by about two per cent of the proceeds accruing to the Nigerian National Petroleum Corporation (NNPC), especially now that the corporation is expected to run profitably with the removal of subsidy.

The lawmaker, who made the suggestion in a statement made available to newsmen on Monday, said the tumult arising from the current nationwide protest not just against the disbanded Special Anti-Robbery Squad (SARS) of the police unit, but also about the long years of decay which has left the youths neglected and uncared for by government.

Adigun, who is a retiree of the United States Navy, commended the youths for being peaceful in their protest, noting that their demands, which include better life for security personnel across the country, syncs with the motion he moved late last year on the need to ensure a better welfare package for all security operatives in the country.

He called for the scrapping of police barracks across the country and payment of housing allowance to policemen and women, adding that government would derive a lot of benefits from doing so.
Agboworin also called on the Federal Government end fast-track action of the N-Power payment as well as the 774,000 jobs which he said are aimed at the youths, while not neglecting the provision of enduring employment opportunities for the teeming youths.

“Life and living in police barracks across the country today are nothing to write home about. Instead of quartering the policemen in barracks, let the Federal Government give them housing allowance and loan to get accommodation in any area of their choice.

“When policemen live in the midst of people, it will enhance community policing and boost security in those areas. I have worked in the US military and I know there is nothing like police barracks. The only thing they have, which is even optional, is accommodation for young couple in the military and it is not in barracks,” he said.

As soldiers take over the streets from tomorrow in the name of Operation Crocodile Smile, the vice chairman of the House Committee on Navy advised them to be civil and restrict the temptation to brutalise the protesters.

“Rather than brutalise or disperse the protesters, the soldiers should protect them and know that the youths are not fighting a selfish battle. The youths are fighting for the entrenchment of good governance that will usher in good life for all.

“The situation in the country also affects the soldiers other security personnel who are demoralised and ill equipped to effectively and efficiently confront insurgency and banditry in parts of the country.

“Some officers of the disbanded SARS told me that they go extra mile and at their own cost to patronise herbalists for charms and amulets to protect them against hardened criminals, particularly armed robbers, although this cannot justify the extra judicial killings that some of them have been accused of,” the lawmaker said.

He called for the restructuring of the country after a thorough examination of the current system of government which seems not to be giving the citizenry the desired good life.