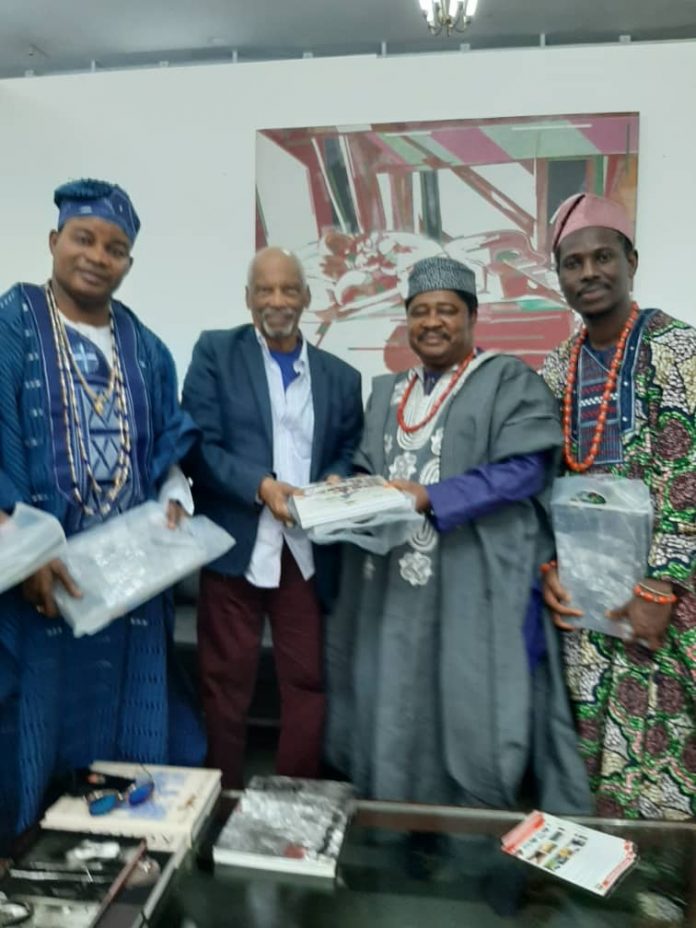 The deal was struck when the team which was facilitated by Otunba Adekunle Aderohumu paid a business visit to the biggest museum in Sao Paulo on 28 February 2020.

Expressing the purpose of its visit to the Director – Curator of the Museum, Emanoel Araujo, Prof Ojo – Bakare disclosed that the governor of Ekiti state Dr Kayode Fayemi purposely dispatched the team to Brazil so as to construct a bridge of cultural relationships and integrated business endeavours between the two entities
Prof Ojo -Bakare said that it was also to ensure that the Brazilian competently comprehend and understand the import of planting a robust socio-cultural and economic relationships with Ekiti State, Nigeria which harbours and being home of Ifa, Esu, Ogun, Ikogosi Cold and Warm Spring, Arista Waterfall, Ero Dam, Olosunta Hills and 150/Festivals all which have an overwhelming and outrageously impressive adherents in Brazil .

He disclosed that Ekiti is a paragon of Arts, Culture and Tourism, hence Governor Kayode has not only pursuing a policy of cultural renaissance through value orientation and recreation of a distinct Ministry for Arts, Culture and Tourism but goes further by constructing the biggest Cultural Complex in South – West, Nigeria, where the various cultural property and heritage of the state would be exhibited, showcased and branded .

He revealed that it was in pursuant of making this Cultural Center the paragon of excellence that he mandated the team to seek for purposeful and rewarding collaboration with the remarkable museum in Brazil, a country which shares almost similar cultural – tourism trajectory with Ekiti State .

Prof Ojo – Bakare said he was impressed not only by the excellent configuration of the Museum Afro Brazil right from its cultural environment, the vision, motive, layout, iconic items and its compliance with the international code for museum but also by the disposition and enthusiasm of the founder towards African arts, artefacts and antiquities.

Prof Bakare revealed that the Ekiti Cultural Centre which is under construction has within its bowel, a mighty museum, an art gallery, a 1500 seat amphitheatre and two cinemas, all for the stoking and vibrant expression of the arts, culture and tourism sector of Ekiti – State
He called for corporate and professional collaboration, networking and support from the Curator and the management of the museum in terms of investment in the project via injection of funds, human and technology development, and exchange programmes for bilateral growth and relationships.

In his response, Mr Emanoele Araujo commended the Governor of Ekiti State for his brilliant vision of creating linkage of empowerment between Brazil and Ekiti State.

He started that Ekiti state was the first state in Nigeria which specifically and poignantly sought a back to back win-win business engagement between his museum and the state.

Me Araujo disclosed that he was happy to reveal to the Ekiti team that he got the inspiration and vision to start the museum after his participation and visit Nigeria when the country hosted FESTAC ’77
He disclosed that a significant percentage of the theme of the museum is of Yoruba deities and antiquities heritage.


Mr Araujo pledged the commitment of him and the entire management of Museum Afro Brazil to the government of Ekiti State in the establishment and planting of the most, culturally viable and sustainable public museum in Nigeria.

He remarked that he would offer free consultancy for the government of Ekiti state and help in manpower development and training of professionals who will tender and nurture the Ekiti Museum and Gallery for International acceptability and embracement.

Mr Araujo who presented some documents to the team assured that Ekiti State would enjoy unlimited professional access and exchange of ideas, items, facilities in support of the planting of its museum

He expressed his joy and happiness of having a platform and avenue of paying back to Nigeria what he gained at FESTAC ’77 to Ekiti State. 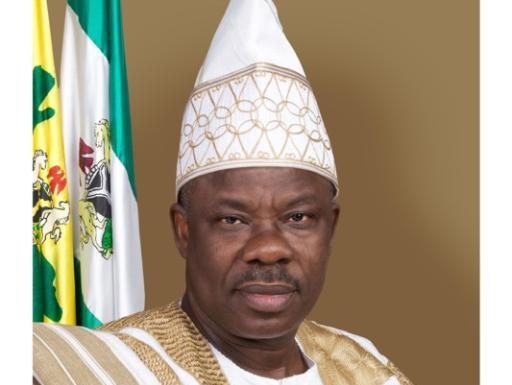 Buhari To Present 2019 Budget Proposal To NASS Next Week