Home News Ekiti Govt Warns Iyaloja Against Imposition of Illegal Fees on Traders
Share on Facebook
Tweet on Twitter
Leadership of the market men and women in Ekiti State have been charged not to put additional burden on traders and consumers by imposing unauthorized charges and levies on traders for whatever reason across markets in the state .
The Commissioner for Investment, Trade and Industries, Chief David Olusoga gave the charge at a meeting with the leadership of the market men and women led by the Iyaloja of Ekiti State, Chief (Mrs.) Waye Oso in his office in Ado-Ekiti.
Olusoga appreciated the support of the Iyalojas and Iyalajes for the administration of Dr. Kayode Fayemi since inception, describing them as significant stakeholders in the economic and political stability of any society.
The Commissioner who said that the meeting was summoned at the instance of a petition received by the governor alleging illegal collection of levies and charges by the Iyaloja and other people that could not be identified noted that such would lead to high cost of
living, particularly cost of feeding.
He appealed to the Iyalojas to allow free and competitive market where everybody could display his/her wares without fear of intimidation from any quarter, stressing that such competitive market would generate employment, create wealth and boost the state economy.
The Commissioner called on the leaders to rid Ekiti markets of touts and middle men/women who intimidate traders, particularly those who  brought goods from outside the state.
Responding, the leader of the team, who is the Iyaloja of Ekiti State, Chief (Mrs.) Waye Oso denied the allegations, adding that the petitioner should be able to come up with verifiable facts to substantiate his claim.
She said that Ekiti and Ado-Ekiti in particular, has  the most liberal and accommodating markets in the South West in terms of extortion and rebate collection by the leadership of the market men and women.
Chief Oso however agreed that there could be paltry charges of 50 or 100 occasionally by traditionalists during festivals as well as the ones collected by touts, calling on government to provide jobs for those unemployed youths to rid the markets of miscreants.
Chief (Mrs.) Oso promised to investigate the allegations and correct whatever lapses found for the success of Dr. Kayode Fayemi’s government.
ALSO READ  Hon Odebunmi Takes Communities Out of Darkness, Empowers Constituents 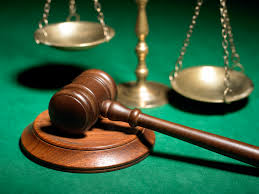 No Rift Between Me and Governor Makinde- Olaniyan