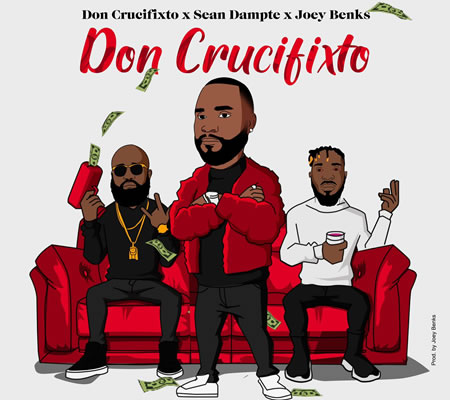 56
SHARES
264
VIEWS
Share on FacebookShare on TwitterShare on WhatsApp

As the Nigerian entertainment industry keeps growing, a new entertainment outfit known as Don Crucifixto, an American-based Nigerian owned label has promised to redefine and add more value to the scene.

In the light of this, the outfit has started working on different things both in the movie and the music scenes.

According to the Chief Executive Officer of Don Crucifixto, Tumininu Oluyole, better known as Tumi, during the weekend, announced that the label would be releasing an anthem for the label, and has been scheduled to hit the internet on November 27, 2020.

Entitled ‘Don Crucifixto’, the song, which featured the label boss himself; the UK-based music star and hit maker, Sean Dampte and ace producer and songwriter, Joey Benks, is a groovy song of class and levels.

Reviewing the anthem is indeed a testimony that the label is ready for the game. The quality of the beat and the well treated voices show the prowess of its in-house producer Joey Benks and the apt delivery of Sean Dampte ascertains he is not new to the business.

Tumi, however, hinted that the label would be unveiling her first signee, Shavonne Desiree Latin, an American Pop/Afro fusion artiste, with stage name Dirty Diana.