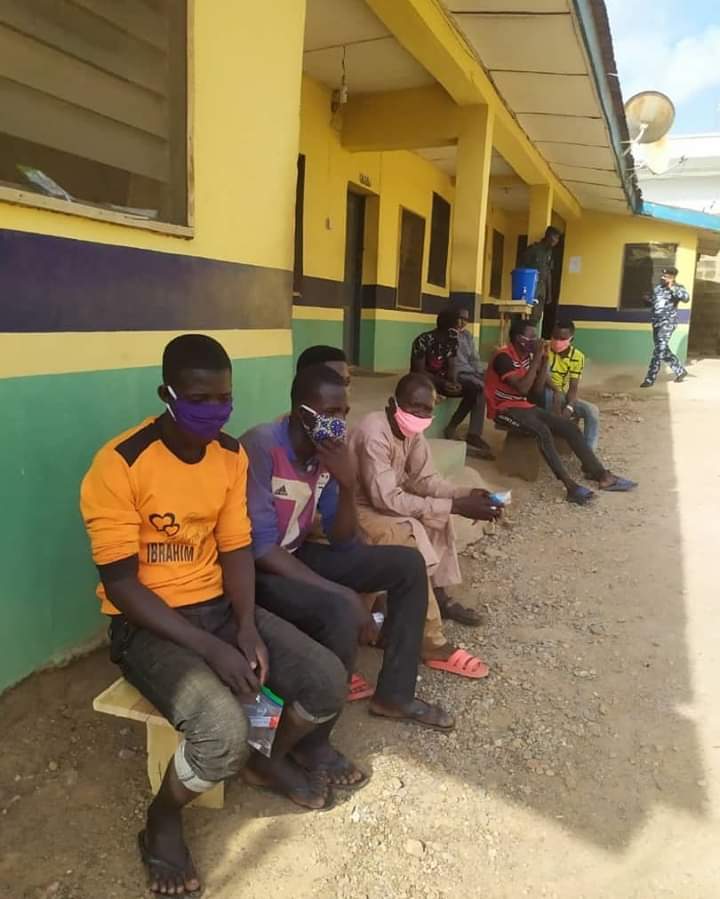 54
SHARES
366
VIEWS
Share on FacebookShare on TwitterShare on WhatsApp

… we won’t release them until they are tested—Makinde

Officers of the Nigeria Police have apprehended 11 travellers from Sokoto, who defied the inter-state lockdown order of the Oyo State Government, in their bid to sneak into Akure, Ondo State.

Governor of Oyo State, Engineer Seyi Makinde, has, however declared that the travellers will not be released to the Sokoto State Government until they undergo Covid-19 tests.

A statement by the Chief Press Secretary to the governor, Mr. Taiwo Adisa, quoted the him as stating that the government has begun Covid-19 tests for the travellers.

The state’s Commissioner of Police, Sina Olukolu, who briefed Governor Makinde on his arrival at the Gbagi Police Station, where the culprits were detained overnight, said that the travellers were apprehended at the Asejire Dam axis of the Ibadan-Osun boundary, adding that they claimed that they were travelling from Sokoto enroute to Akure, Ondo State.

The statement noted that the travellers would remain isolated until the results of their Covid-19 tests were received from the state.

Governor Makinde, who spoke afterwards, said: “We are not able to explain how they got here in the first place because there is inter-state lockdown throughout the country.

“They claimed they came from Sokoto and they must have passed through so many states.”

ALSO READ  Auxiliary Has Been Rehabilitated, He is Now Refined And Credible Says Ibadan Authentic Mogajis

The governor also explained that he has given directives to the effect that the travellers would be kept isolated in Ibadan until the results of their Covid-19 tests are received.

The governor also explained that he was in touch with the Sokoto State governor, Hon. Aminu Tambuwal, and that the travellers would be sent back to Sokoto State.

He said that the state would intensify ongoing strategies for inter-state lockdown.

He said: “I am also in discussion with the governor of Sokoto State. We are more than likely going to return them to Sokoto.”

The governor maintained that governors in the country were still discussing on how to enforce the inter-state lockdown throughout the country so as to curtail the spread of the novel Coronavirus.

“It is a discussion going on with the rest governors in Nigeria, because inter-state lockdown was put in place for a particular reason and what we have agreed to do is, in each individual state where you have inter-state motor parks, they must be on lockdown. If they are locked down, at least 80 to 85 per cent of our problems would have been solved.

“It is an ongoing discussion and I believe that will be the ultimate way to go.”

In his response during the interrogation, the driver of the bus, who identified himself as Muhammad Idris, said they passed through old roads and bushes from Sokoto to Niger and Kwara and then got into Ogbomoso, from where they entered Ibadan.

He added that they were going to Akure “to reconcile with their family members.”

Members of the medical team of the COVID-19 Task Force were readily on hand to administer COVID-19 tests on the travellers to determine their status.