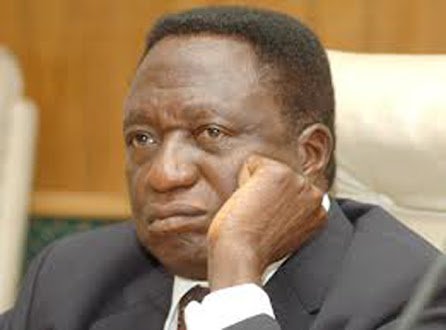 252
SHARES
331
VIEWS
Share on FacebookShare on TwitterShare on WhatsApp

All of us who are concerned for peace and triumph of reason and justice must be keenly aware how small an influence reason and honest good will exert upon events in the political field.

Over the years, I have witnessed different political tricks at play and several political occurrences have been taking place in Nigeria, but I consider them necessary in this society we find ourselves.  Politics has always been influenced one way or the other by ‘higher powers’, there is no doubt about that.

There aren’t many truism in Oke Ogun political system and Nigeria’s in general. The fluidity of our political space, constantly changing interest and what is known in local parlance as ‘shifting the goal post’ makes it generally difficult to adequately predict how you are being loved. In this terrain, especially from regrettable experience, it is a known fact that generosity and kindness does not guarantee being loved by your kinsmen.
I have read several reports on social media on  people’s opinion about the court’s order on forfeiture of some of the properties of ‘Asiwaju of Oke Ogun’ in person of Emeritus Professor ‘Dibu Ojerinde.

It’s my considered opinion that some people are casting negative judgements on the person of ‘Dibu Ojerinde, but has fail to inquire to know  in depth the story. I have decided not to be part of the conspiracy of silence against the Asiwaju Of Oke Ogun.
Having observed keenly and noticing the lacuna in the political system of our country, Nigeria, one can only say that the nebulous position and decision of the court is not only surreptitious in nature but also encoded the posture of a vicious machination against Emeritus Professor ‘Dibu Ojerinde.

As we commemorated with the “Asiwaju of Oke Ogun” in person of ‘Dibu Ojerinde who forfeited some his properties to Government. I was completely lost in thought wondering why he was betrayed by his kinsmen.

It needs to be stated that there is no one in Oke Ogun area of Oyo state that would have had one interaction or another with Emeritus Professor ‘Dibu Ojerinde without such individual seeing that he’s always readily available to assist and  always proud to say he’s from Oke Ogun. ‘Dibu Ojerinde’s undiluted love for Oke Ogun is second to none.

We know the effort and contributions he made to unite the people of Oke Ogun, we know hundreds of the unclothed he clothed. We know how he consolidated the efforts of Oke Ogun leaders to put the region on the map of greatness and acceptability.

As a stakeholder in the region he has contributed eminently to the socio-economic development and growth of the region, he has equipped people with how to fish rather than giving them fish.
Despite the fact that some of those political actors we have in the region, Oke Ogun, do not even understand the strength of the political power they possess.

This man used his discretion while in office to assist admission seekers to get admission into higher learning institutions in Nigeria, most especially indigenes of Oke Ogun and Oyo state in general.

This same man has sent and sponsored many to higher institutions in Nigeria and abroad. He has also sent many to Mecca for Holy Pilgrimage, he had companies which employed some Oke Ogun indigenes and paid them fairly, likewise he has aided many financially.

It is here in Oke Ogun He sited a radio station(Gravity F.M)  which has helped and boosted the growth of the region politically, socially, economically and educationally. The radio station is “primus inter pares” in the region, first among equal.

So far, I have pondered on why a lot of people have shown great concern about the forfeiture of his properties. I discovered that his simplicity, respect for people’s opinion, humility and how he relates with people has made people to show concern for him and by his antecedent, he has practically done so well while in office. He has never appeared to be a symbol of governmental failure, but there are things he did that I feel he goofed also, but perfection has never been on the side of any creature.

I circumnavigated the whole region of Oke Ogun and saw how some economic developments in the region were credited to him.

Truly a lesson learnt in regret on the ephemerality of philanthropist love and the truism that generosity  of the sincere kind hardly ever guarantees people’s loyalty.

I will like to urge Oke Ogun people to brace up and solidarize with a man like him who has proven himself as real  “Asiwaju of Oke Ogun”….
Adesina Julius writes form Igbeti area of Oke Ogun.